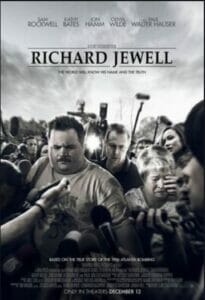 The other day, I watched the 2019 Clint Eastwood film Richard Jewell about the security guard who discovered a bomb at the 1996 Atlanta Olympics and was subsequently accused of being the bomber. Jewell’s mother (played in the film by the always-excellent Kathy Bates) stood by her son, never doubting him for a minute. It isn’t hard to see why she did so as the evidence against her son was only ever circumstantial at best.

But imagine, for a moment, that the case against Mr. Jewell was very strong. Indeed, imagine that it was overwhelming: DNA evidence, motive, surveillance footage, and eye-witness testimony. In that case, a mother who never doubted her son’s innocence would understandably be considered to be irrational. However, let’s add to that scenario one final detail: Jewell is, in fact, innocent and later evidence definitively establishes his innocence while his apparent guilt was only ever due to the perfect storm of understandable error and extraordinary coincidence.

Where does that leave Mrs. Jewell? On the one hand, given the overwhelming evidence, one might retain one’s assessment that she was irrational to disregard all that evidence: the rational mother would have accepted the evidence of her son’s guilt and thus, the fact remains that Mrs. Jewell was indeed irrational never to doubt. But even in that case, it seems plausible that even if the never-doubting mother who is later vindicated may have lost rationality for a time she did so by exhibiting a relational virtue.

To see why this would be the case, just put yourself in the place of Richard Jewell. You’re innocent but in scenario 1 your mom rationally believes in your guilt whereas in scenario 2 she irrationally believed in your innocence. Should you, as the innocent party, prefer the rational mother who believed you were a bomber or the irrational mother who never doubted your innocence? The latter certainly seems like the most plausible view, and in that case, it is also plausible to see that Mrs. Jewell would have traded an epistemic virtue for a relational one. And if that is the case, then maybe rationality, while obviously important, is still only one value or virtue among others. It need not be the summum bonum, at least not obviously.