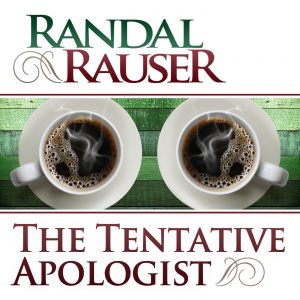 It was the summer of 1996 and I was taking my first course in graduate school. The course was taught by Australian New Testament scholar Paul Barnett on the historical Jesus. After class, I was chatting with another student about the reasons we were taking the class. I still recall saying to him, “I’m taking the class because I love apologetics. And while I have good arguments for all major Christian beliefs, my one weak spot is the historical Jesus, so I’m taking this class to fill that one remaining gap.”

That one remaining gap?! Wow. Even now, more than twenty years later, I can’t help but do a facepalm as I reflect on the naïve hubris of that statement. To be fair, even as I said it, I can recall thinking I sounded rather silly. But that doesn’t change the fact that I did say it in the first place: as if a 23-year-old with a Bachelor’s degree might have mastered almost all the major arguments and evidence for and against Christianity.

In many ways, the ensuing years have been one long dismantling of that young man’s naïve and self-congratulatory self-perception. And the best example of my chastened self-perception is found in the fact that when I began blogging in 2009, I chose to call myself “The Tentative Apologist.” To be “tentative” is to be “unsure; uncertain; not definite or positive; hesitant,”[1] “not fully worked out or developed.”[2] So while I was a confident and self-assured young apologist in 1996, more than two decades later I would now describe myself as … tentative.

I’m not the first person to stumble upon the fact that humility and chastened self-awareness reflect deepened wisdom, knowledge, and self-awareness. Consider that famous moment in Plato’s Apology when Socrates declares:

Wisdom is found in gaining awareness of what you do not know. By that standard, my 1996 self was woefully ignorant. And if there is one way to capture the ensuing years, it would be by identifying the chastened self-awareness that comes with coming to know how much I don’t know.