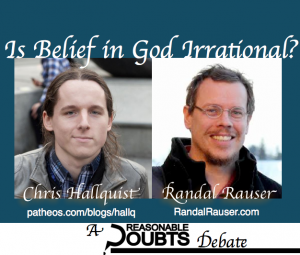 This happens a lot: atheists online tell me that my beliefs are “absurd” or (only slightly more charitably) that I’m “irrational”. Here is an example of an exchange with a gentleman named Steven Tiger. He begins by taking the view that Christianity is ridiculous. Then he modifies it to the view that it is irrational and the fact that I don’t agree is attributable to the fact that I have not considered the things that he has considered.

To be sure, it’s easy to find folks online who will say such things. However, I bothered to recount this exchange here for a few reasons. First, Mr. Tiger isn’t simply a troll: he wrote a (self-published, I assume) book of more than 300 pages chronicling his journey. Second, Mr. Tiger exhibits very common but troubling behavior of making extraordinary and tendentious claims — such as that all folks who do not agree with him are irrational and/or (non-culpably?) ignorant — and then reacting with indignation when called out on the extraordinary and tendentious nature of those claims. Finally, he also criticizes me for making the wholly legitimate observation that I am not a rube who just fell off the wagon: I have a terminal degree in the relevant field. What is more, I’ve written several books outlining and defending my views including, as I note below, an academic monograph published by Oxford University Press. And I’ve participated in many debates including this debate on the now-defunct Reasonable Doubts podcast in which I argue against the precise claim that Mr. Tiger is making, namely that Christianity is irrational:

Anyway, here’s our exchange for what it’s worth. The modest lesson I’d like to press here is one of epistemic humility. Don’t make sweeping assertions about the irrationality of those who don’t agree with you that you cannot defend. That looks provincial and small-minded. Instead, recognize that rational people disagree with one another all the time and that is true in matters of religion and metaphysics as surely as any other topic. 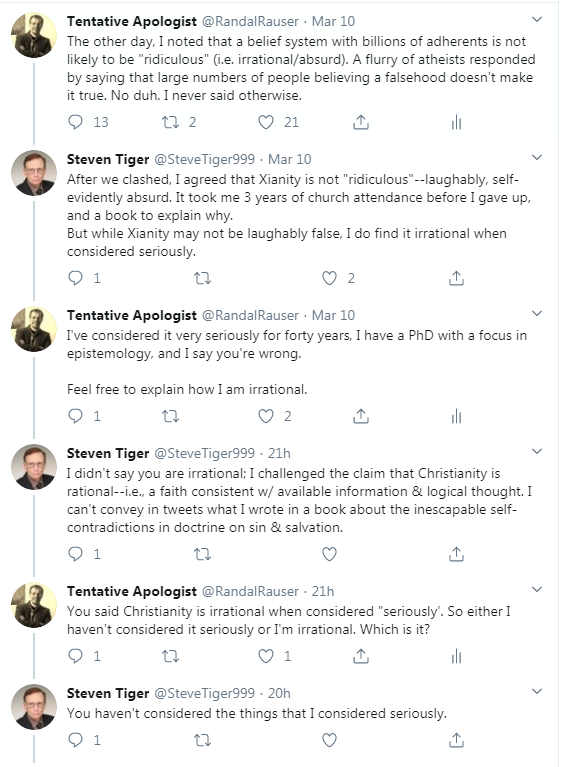 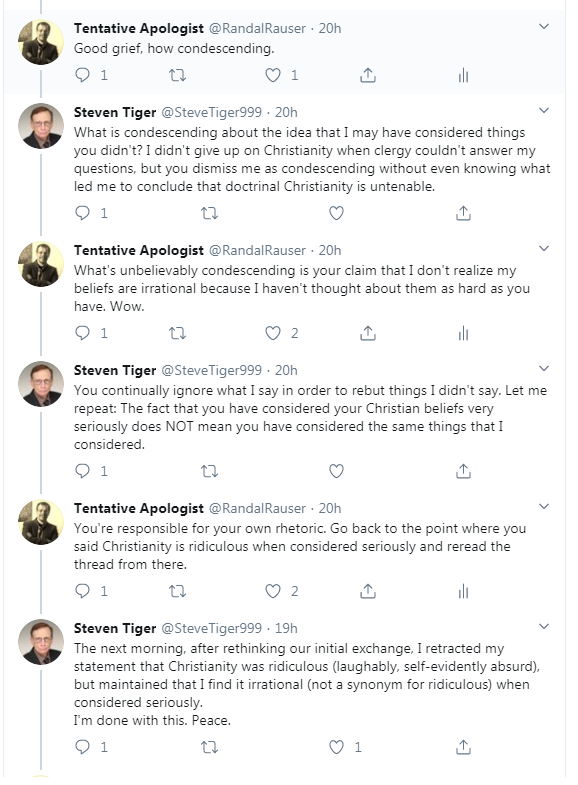 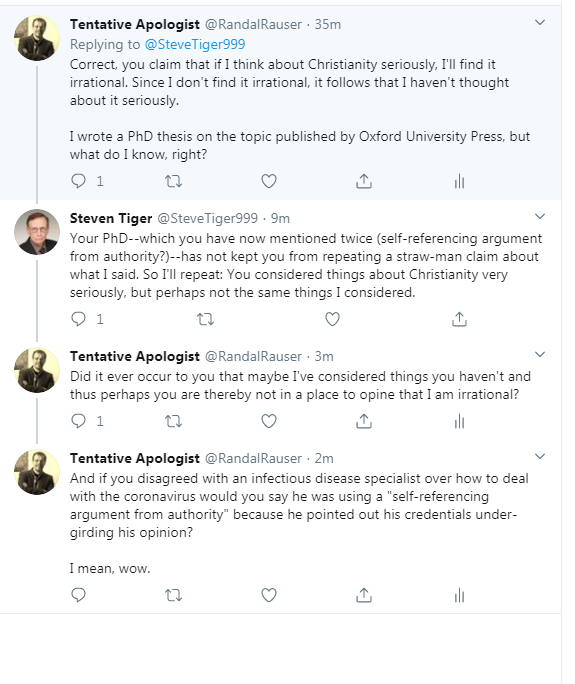