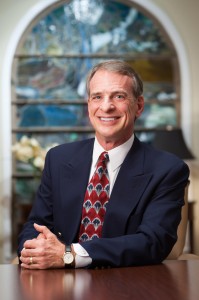 William Lane Craig is widely considered to be the leading Christian apologist in the world and for good reason. The guy straddles two worlds like few others. On the one hand, he is head of a very influential apologetics parachurch ministry (Reasonable Faith), a fixture at church events and lay apologetics conferences, a podcaster and author of a myriad of popular apologetics books.

And yet, on the other hand, Craig is a very prolific academic with two earned doctorates and more academic books, journal articles and conference papers on his CV than most university philosophy departments. In short, the guy is a rock star.

But that’s not to say there is nothing to criticize. In the past, I have criticized aspects of Craig’s work on several points and in this short article, I recount the top three. And sorry to disappoint some of you, but the kalam cosmological argument is not on the list (although I have complained in the past about the Craig clones — or as Dale Tuggy calls them, “Craigbots”! — who just regurgitate Craig’s kalam argument and his other apologetics without imagination).

And now, the top three problems with Craig’s apologetics.

William Lane Craig sometimes gets criticized for arguing that you can know your Christian beliefs are true without being able to show that they are true. Craig’s critics object that he is being anti-intellectual here. But he’s not: surely if anyone has shown his commitment to reason, it is Craig. Here he is simply making the same point as Alvin Plantinga: we often acquire knowledge in this way.

For example, the vast majority of people gain knowledge through sense perception and rational intuition — two fundamental sources of knowledge — without being able to say how these cognitive faculties work. In fact, many philosophers believe that nobody knows exactly how we gain this kind of knowledge: philosophical theories of sense perception and rational intuition abound but none has won the day. And yet, nobody thinks this, of itself, imperils our knowledge in these areas. And that’s because we can know without being able to show.

Craig makes a similar point about the genesis of Christian belief and since I’ve devoted two books to defending that same view (Theology in Search of Foundations; The Swedish Atheist, the Scuba Diver, and Other Apologetic Rabbit Trails) I’m inclined to agree.

However, Craig also disagrees with Plantinga (and myself) by going further … much further. He claims not only that we can know Christianity is true without showing it; he also claims that the knowledge we acquire here is ultima facie meaning that it has an intrinsic defeater-defeater. In other words, no possible disconfirming evidence can undermine it.

That is wrong, wildly wrong. All our knowledge is defeasible, fallible, corrigible and our Christian beliefs certainly are. I make the point at length in two articles: “Dealing with Doubt? On William Lane Craig’s rather bad advice” and “Beliefs that are forever justified?”

Some years ago, William Lane Craig challenged Richard Dawkins to a debate. Dawkins declined because, as he argued, he refused to debate anybody who would defend the Canaanite genocide. Everybody (except, maybe, for Dawkin superfans) knew that was a lame dodge. I argued as much in “Why Dawkins’ refusal to debate Craig is not only cowardly, it is immoral.” And the hypocrisy of Dawkins’ indignant moral stand was especially rich given that he has written the following: “The universe we observe has precisely the properties we should expect if there is at bottom no design, no purpose, no evil, and no good. Nothing but blind, pitiless indifference.”

But while Dawkins may have had no moral foundation for his ethical indignation, the ethical indignation was itself well justified. When facing the challenge of biblical violence, Craig went all-in on a particular defense, one which I can best describe as a labored spin-doctoring which is only sustainable by a heady dose of self-delusion, moral inconsistency, and cognitive dissonance.

I have written a lot on this topic but if you want to dive in you can start with my thirteen-part (technically, eleven-part plus two) critique of Craig. Check out links at the section titled “On William Lane Craig’s Defense of the Canaanite Genocide“.

Number One: The Existential and Moral Arguments

A centerpiece to Craig’s apologetic is the argument that life is existentially meaningless without God and there is no objective morality without God. When Craig has told his personal testimony about becoming a Christian in high school, he talks about how he reflected on the meaninglessness of existence apart from God and that rumination was a key catalyst in his conversion. And it seems like over the last fifty-plus years Craig has never been able to shake that intuition.

Many of Craig’s listeners share his intuitions. But his arguments in favor of them have been notoriously weak. If you don’t believe me, watch his infamous debate with ethicist Shelly Kagan. Craig is a master debater, but this was arguably his worst performance. And it wasn’t simply because Kagan was himself a surprisingly good debater with an undeniably charming folksy incredulity. It was that Craig’s arguments were shown to be mere emotive talking points based on highly dubious premises.

To sum up, Craig’s legacy in popular apologetics and the academy is secure. But that doesn’t mean he batted a thousand. And these are his three biggest strikeouts.

The next question: who will tell the Craigbots?