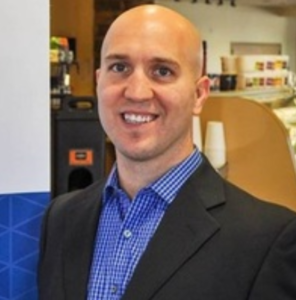 If you have spent any time in evangelical circles over the last few years, you have likely heard about the “enneagram”. While this personality test has been around for several decades, of late it has grown in popularity among evangelicals through the work of several popular Christian leaders like Richard Rohr and Elizabeth Wagele. But is the enneagram a useful tool? Is it worth the time, effort, and money? Will it yield unique insights into your personality? Is it a useful tool for churches, seminaries, and parachurch ministries?

To answer these questions, we need somebody who knows what they’re talking about. And in this case, that someone is Jay Medenwaldt, also known as the Psych Apologist. Jay is currently a Ph.D. student at Baylor University in the area of social psychology. He also has an M.Div. in apologetics, ethics, and biblical studies and an M.A. in psychological sciences. And he is the Director of Apologetics Awareness. Previously, Jay worked in the Air Force for nine years as a behavioral scientist. In other words, he knows what he’s talking about. You can visit Jay online at his website.

And now, without further ado, here are Jay’s well-considered thoughts on the enneagram and whether it is a useful tool for delving into your personality.

If you’re having a severe allergic reaction and a doctor is about to give you a shot of epinephrine to save your life, would you stop to ask who invented this medication, how it was invented, and what its spiritual history is? Probably not. All you would care about is whether it works. Sadly, many people reject the enneagram because of its history and origins when our only concern should be whether it works.

One of my favorite Bible verses says to test everything and hold on to what is good (1 Thessalonians 5:21) and I try to do this as much as possible in my life. The enneagram doesn’t get a free pass. It should be tested just like everything else. If it works, we should use and promote it. If it doesn’t work, we should avoid it and encourage others to do the same.

When any new psychological scale is developed, it must be validated for accuracy. The most basic measure used is called internal reliability, which is measured by Cronbach’s alpha. Basically, this tests to see how much error there is for each type. A value of .70 has 30% error and is typically considered acceptable, .80 has 20% error and is good, and .90 has 10% and is excellent.

The few articles that reported these scores had values ranging from .37 to .83 (Newgent et al., 2004; Yilmaz et al., 2014; Wagner & Walker, 1983). For comparison, the NEO PI-R (often referred to as the Big Five) is the most common in scientific research and its scores range from .86 to .92 (McCrae & Costa, 1987). What this means for the enneagram is that the types have a large amount of error and heavily overlap with one another.

Another test is inter-rater reliability which looks to see if two people rate a person the same way. This is relevant for all the people who try to type others. For the enneagram, the highest score for this came from people with at least 2.5 years experience with the enneagram and they only agreed 55% of the time. The scores only went down from there in other studies or when less experienced people were tested. In fact, one researcher who advocates for the enneagram states that trained enneagram practitioners are pretty good (although the data doesn’t support this), but they are “not as good as they think they are!” (Sutton et al., 2012).

In other words, when you type another person without their input, you’re probably wrong half the time, if not more. I know everyone thinks they do better than the study reports, but that’s extremely unlikely. Personally, I’ve been typed as a 1, 5, and 8 by different people (and as a 7 by one scale) and all of them were extremely confident they were right while insisting the others were wrong. If you’re curious, I think a 5 best describes me, but 1 is a close second and I score pretty high on several other types too.

For anyone who knows basic psychometrics, it’s clear and obvious that the enneagram is not accurate. This is probably why it’s used and promoted almost exclusively by people without a psychology degree. If you’re interested in a more detailed analysis of the scientific data, you can read the article on my website here.

At this point you might be wondering, why does it seem to work so well if it’s not accurate? Let’s explore some of the reasons for apparent disagreement between science and personal experience.

When I teach apologetics lessons, I often open with a series of mind tricks and illusions. I do this because it’s fun and because it shows people how easily we are tricked when we don’t think carefully.

One of my examples is to ask how long it takes for sugar to make kids hyperactive. Almost nobody gets the answer right. It’s a trick question because numerous double-blind studies have shown that sugar doesn’t make kids hyperactive (Milich et al., 1986 is a review of several studies). Instead, parents rate their child’s behavior as more hyperactive when they think the kids have had sugar. Moreover, kids usually get excited about eating high-sugar foods or they’re in environments that already induce hyperness (e.g. a birthday party). If we think about it biologically, it becomes obvious that sugar doesn’t cause hyperactivity because all carbs are turned into sugars in the digestion process.

How does this relate to the enneagram? There are several psychological explanations for this, but I will only focus on a few of them in this article. Here’s another article I wrote in greater detail.

Perhaps the primary factor in this enneagram craze is what’s known as the Forer effect (also referred to as the Barnum effect). This scientifically documented effect is the tendency for people to think that broad statements about people, in general, are highly accurate personal statements. After all, general statements apply to most people so they should describe us; however, these statements don’t tell us how we’re different from others. This aligns with the scientific data discussed above which show that the enneagram types are very broad and overlapping categories.

Adding to the appearance of accuracy is the false-consensus effect. This is the tendency to think a group has greater consensus on a topic than it really does. When a group of people are together and start talking about the enneagram, the people automatically assume it works for everyone unless someone specifically says it didn’t work for them. The skeptics usually don’t say anything because they don’t want to cause division, be ostracized, or look foolish for not fitting in. Since I started writing about the enneagram, numerous people have told me this has been their experience.

Finally, I will say that the enneagram does describe some people very well, but this is just by mere coincidence. If you created a list of personality attributes and randomly divided them into categories, there will be a lot of people who just happen to fit into a single category. On the other hand, there will also be people who don’t fit into any category. The problem is that the enneagram is supposed to reveal your hidden self, which means that if it doesn’t describe you, you can’t know if this is because it’s a bad test or because you’re not being honest with yourself.

Why does all this matter? Who cares if the enneagram is a bit off for some people? The reason this matters is because it’s causing people harm. I’ve heard stories of people being unfairly treated due to their type through work or social discrimination, experiencing emotional turmoil, and ending significant relationships. I even heard a story of a woman questioning her marriage because of the enneagram, although I don’t know what came of it.

If you want to learn more about your personality, I recommend using the Big Five. Here’s a link to a short, medium, and long version depending on the level of analysis you’re looking for. Instead of getting together with friends or your church to discuss your enneagram type, do the Big Five. You can discuss each trait, or sub-trait, and discuss how it might benefit you and cause you difficulty. If you score extremely high or low on any trait, discuss whether this is healthy for you and work to change it if it’s not.

If you have any questions, I’m happy to talk about them. You can contact me through just about any social media platform. Thank you for reading.

Bland, A. M. (2010). The Enneagram: A review of the empirical and transformational literature. The Journal of Humanistic Counseling, Education and Development, 49(1), 16-31

Edwards, A. C. (1991). Clipping the wings off the enneagram; a study in people’s perceptions of a ninefold personality typology. Social Behavior and Personality: an international journal, 19(1), 11-20.

Scott, S. A. (2011). An analysis of the validity of the enneagram. The College of William and Mary.