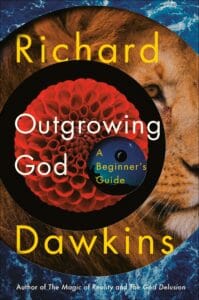 I just set out to tweet on Richard Dawkins’ new book Outgrowing God. My quick comment became several tweets and I decided to repost those tweets here. And so, without further ado:

The first chapter of Richard Dawkins’ new anti-religious screed is titled “So many gods!” And it points out that — wait for it — people throughout history have had many different views on the nature and existence of divine being and relationship to that being.

That much is uncontentious. The problem is that Dawkins then seems to conclude that this somehow undermines a person today from reasonably holding a particular set of beliefs about divine being and our relationship to it, something like Christianity, for example.

I’ll make just two responses to this insufferably inane line of reasoning. First, if this historical pluralism undermines the basis for anyone to hold beliefs about particular divine beings, that undermines the skeptical atheist as surely as the Christian. After all, affirming a state of affairs in which no divine being exists is as much a belief in need of justification against a historic plurality of opinion as any other.

Perhaps it is time for Mr. Dawkins to retire from his anti-religious shenanigans. With arguments like this, he is not doing his legacy any favors.