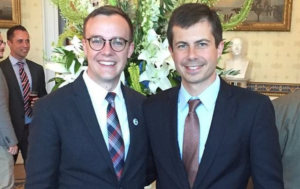 In his book The Bible Made Impossible, Christian Smith identifies a problem with the use of the Bible as a source of doctrine. He calls that problem pervasive interpretive pluralism, and as you can guess, the term refers to the fact that Christians hold many contradictory positions which they believe are consistent with Scripture. As a result, Christians often find themselves puzzled over the disagreement with other Christians: how can they disagree with me? The Bible seems so clear!

So, for example, countless Calvinists have wondered how a Christian could possibly be Arminian. Many complementarians have looked askance at egalitarians. Many congregationalists have been flummoxed by the zeal with which some Christians defend bishops. Baptists have found themselves puzzled by the baptism of infants. And so on.

All this presses the question: how do Christians end up disagreeing in the first place? What is the genesis of pervasive interpretive pluralism that leads some Christians to be Arminian episcopal pedobaptists and others to be Calvinistic congregational baptists?

That’s a huge question, and not surprisingly, it has several answers. In some cases, disagreement may be attributable to ignorance (those individuals lack the evidence/knowledge to make the right judgments) or sinfulness (those individuals recognize the truth and yet culpably reject it).

But another significant factor concerns the different role that people grant to particular types of experience. Consider, for example, the case of same-sex relationships. The traditional Christian prohibition on these relationships is based on several factors. Central to that condemnation is a particular interpretation of several key biblical texts (e.g. Leviticus 18 and 20; Romans 1; 1 Corinthians 6), but Christians may also appeal to a range of other sources of evidence including natural law arguments, slippery slope arguments, church authority and tradition.

Not surprisingly, same-sex affirming Christians take a different approach to those biblical texts and the other arguments as well. However, in many cases, one suspects that their different stance is itself deeply shaped by (or distorted by… it depends on one’s view!) different experiences including the following: (a) personal experience of same-sex attraction, (b) the experience of knowing somebody (e.g. a sibling, a good friend) with same-sex attraction, and/or (c) the experience of knowing same-sex relationships which appear to have positive formative impacts on the individuals who participate within them.

For an excellent example of this kind of reasoning, consider a recent speech from American presidential candidate Pete Buttigieg. Mr. Buttigieg professes to be a Christian and to be a gay man in a same-sex marriage which, so he also professes, has produced precisely the kind of positive formative impact (or, one might say, “spiritual fruit”) that is indicative of genuine marital relationships. This is how he put it:

To sum up, in addition to one’s biblical exegesis, theological and/or philosophical arguments, and traditions, one might be shaped by experience. And Buttigieg is suggesting that his and our assessment of the moral licitness of same-sex marriage should be informed by his marriage to Chastain and the spiritual fruit it has produced within him.

There is no doubt that experience is, to some degree, a legitimate source of theological reflection and doctrinal construction. For example, the man who takes a cessationist view (e.g. he denies that sign gifts are operative today) may need to revise his position if his wife appears to receive the gift of speaking in tongues. And a complementarian who believes that women should never be allowed to teach men in church may find himself reconsidering his position if he hears a powerful sermon preached by a woman.

To be sure, I’m not claiming that these individuals would thereby be justified in rejecting scripture based on these kinds of experiences. The claim, rather, is that experience could lead them back to the texts they believed excluded speaking in tongues or women preaching in order to reread those texts in light of this new set of experientially-derived data. This process reflects what philosophers refer to as pursuing reflective equilibrium.

This brings us to the question: which kinds of experience have some degree of veridical force such that they may shape the way we read biblical texts in pursuit of reflective equilibrium? Could a putative case of speaking in tongues provide sufficient reason to overturn one’s cessationist reading of the Bible? Could a powerful woman preaching be sufficient to revisit a complementarian reading of key biblical texts?

And what about the claim that particular same-sex relationships have the kind of positive formative impact that appears to produce spiritual fruit? Do you grant any veridical force to the claims of individuals like Pete Buttigieg in your assessment of same-sex marriage? Why or why not?