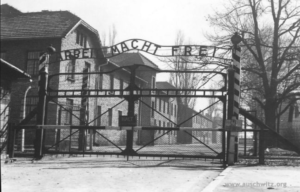 On several occasions, I have seen Arminians make the following objection to Calvinism: if you can’t preach this to those who suffer, you shouldn’t believe it. Here’s an example from Roger Olson:

“Someone has said that no theology is worth believing that cannot be preached standing in front of the gates of Auschwitz. I, for one, could not stand at those gates and preach a version of God’s sovereignty that makes the extermination of six million Jews, including many children, a part of the will and plan of God such that God foreordained and rendered it certain.” (Roger Olson, Against Calvinism: Rescuing God’s Reputation from Radical Reformed Theology (Zondervan, 2011), 25.

But let’s think about this for a moment. Roger Olson is an Arminian. According to classic Arminianism, God is still meticulously provident over all events, including the horrors of Auschwitz which he allowed to unfold due, at least in part, to God’s respect for creaturely freedom, even when that freedom results in those creatures engaging in evil actions. Would Olson really be comfortable preaching that at the gates of Auschwitz?

And then there is Open theism. According to that view, God doesn’t know what his free human creatures will do until they do it. Nonetheless, God certainly did know every heinous act of the Final Solution as it unfolded and yet he never stopped it. Would Olson really be comfortable preaching that at the gates of Auschwitz?

The lesson, one might think, is that theologians shouldn’t throw stones in glass houses. That’s certainly true. But the deeper lesson, I would submit, is that one shouldn’t conflate systematic theology with pastoral theology. In other words, you don’t evaluate the quality of a systematic theological understanding of providence based on your ability to preach it to those who are suffering. Why? Because people who are suffering are not looking to hear a systematic theological understanding of providence. Rather, they are looking for comfort and hope and for people to journey with them through the darkness and toward the light. And you can undertake that journey whether you are an open theist, an Arminian, or a Calvinist.