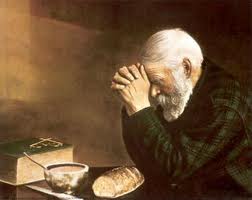 The topic of scientific prayer studies recently came up on Twitter. As an outcome of that exchange, I committed to responding to the failure of one particular prayer study to establish a link between prayer and healing. The study in question is discussed in an article titled “Power of prayer flunks an unusual test” where it is described as follows:

Dr. Herbert Benson of Harvard Medical School and other scientists tested the effect of having three Christian groups pray for particular patients, starting the night before surgery and continuing for two weeks. The volunteers prayed for “a successful surgery with a quick, healthy recovery and no complications” for specific patients, for whom they were given the first name and first initial of the last name.

And here is the deflationary outcome:

Results showed no effect of prayer on complication-free recovery. But 59 percent of the patients who knew they were being prayed for developed a complication, versus 52 percent of those who were told it was just a possibility.

Let’s focus on the fact that Christian prayer showed no effect on “complication-free recovery.” Does this provide a good reason to believe that Christian petitionary prayer is ineffectual?

I don’t believe so. And I will organize my response into three main reasons.

Is prayer analogous to treatment?

First, double-blind tests of particular treatments depend on the assumption that the same treatment is being applied to all members of the test groups. There is good reason to believe this does not occur in the case of prayer studies. Here I’ll note two important considerations.

To begin with, Christians have reason to believe that the effectiveness of particular petitionary prayers is informed at least to some degree by the relationship the one who is praying has to God (e.g. James 5:16: “The prayer of a righteous person has great power as it is working.”(ESV)) If various people are praying as part of a study, it follows that the effectiveness of their particular petitionary prayers could be shaped by the prior relationships of the one praying. Needless to say, the precise nature of each individual intercessor’s relationship to God would not be available to those conducting the prayer studies.

Christians also have reason to believe that the power of particular prayers is informed by the specific degree of faith exercised during the praying of that particular prayer (e.g. “Truly I tell you, if you have faith as small as a mustard seed, you can say to this mountain, ‘Move from here to there,’ and it will move. Nothing will be impossible for you.” (Matthew 17:20)

To be sure, Christians have not typically drawn a simple correlation between the degree of faith exercised and the effectiveness of the resulting prayer. Nonetheless, the degree of faith is a factor. With that in mind, note that the same intercessor could exercise various degrees of faith as they pray various different prayers depending on a variety of factors. For example, Smith may find herself exercising great faith when she prays for Jones on Tuesay. But she may find that her faith is wavering when she prays for Chung on Thursday. The wavering degrees of faith in which these prayers are prayed could affect the ability of those prayers to achieve the desired outcomes.

These are but two factors — there could be several more — that would affect the power of various petitionary prayers. And these factors, in turn, undermine any simple attempt to measure the effectual power of prayer in comparison to the measurement of conventional invariant treatments.

What is an answered prayer?

But of course, this is false. If there was anybody ever in a place to get his prayers answered, it surely was Jesus. This is what he prays in the Garden of Gethsemane: “Father, if you are willing, take this cup from me.” (Luke 22:42a) Of course, God did not take that cup –the cup of suffering — from Jesus. Thus, by the assumptions of a prayer study, this would come up as a miss rather than a hit.

However, note two things. First, Jesus immediately ends his prayer by stating “yet not my will, but yours be done.” Thus, Jesus, in fact, expresses two petitions. And that provides a general mandate for the Christian as well. When we pray, we also should be praying two petitions. In the present case, we pray for “a successful surgery with quick, healthy recovery and no complications”. And we should add (explicitly or implicitly), “yet not our will, but yours be done.”

Second, note that immediately after Jesus’ prayer we read: “An angel from heaven appeared to him and strengthened him.” So it follows that Jesus’ prayer was answered in two ways: first, the Father answered Jesus’ second petition by not removing the cup of suffering in accord with the divine will; second, the Father responded by sending an angel to strengthen Jesus for the journey ahead.

The lesson here is that any proper theology of Christian prayer needs to recognize that prayers can be answered in ways far beyond the intentions and expectations of the intercessors. Nor should this be surprising given that the one to whom we pray is infinitely more knowledgeable and wise than we are.

What is bad faith?

Let’s conclude by considering one final reason to believe prayer studies would be ineffectual at testing rates of answered prayer.

One essential function of prayer (including petitionary forms of prayer) is to build relationships between God and human persons and between particular human persons (e.g. those who give and receive prayer). If the power of petitionary prayer could be “corralled” in the manner that these prayer studies attempt, there is good reason to believe that would not be conducive either of facilitating relationship between God and human persons or between particular human persons. Rather, prayer could readily become perfunctory and impersonal and thus ineffectual at achieving the very relationships that God seeks to cultivate.

More modestly, we could claim at the very least that we don’t know that prayer wouldn’t become increasingly ineffectual at achieving the very relationships that God seeks to cultivate. And that is sufficient to question the significance of these studies.

Indeed, it could be that the relationship between prayer and statistical validation is a zero-sum game such that the degree to which answered petitionary prayer is statistically verifiable is the extent to which it becomes less effectual at cultivating relationships with God and other human persons.

You’re just saying that because the prayer studies failed!

In my earlier Twitter exchange, one respondent retorted that I’m only denying the value of prayer studies because they failed. Had they succeeded, I would be trumpeting this as evidence.

Such counterfactual speculation is false. But it is also irrelevant: the arguments I present should be considered on their own merits. And as I have shown, we have several reasons to repudiate the claim that failed prayer studies provide a reason to think petitionary prayer is ineffectual.