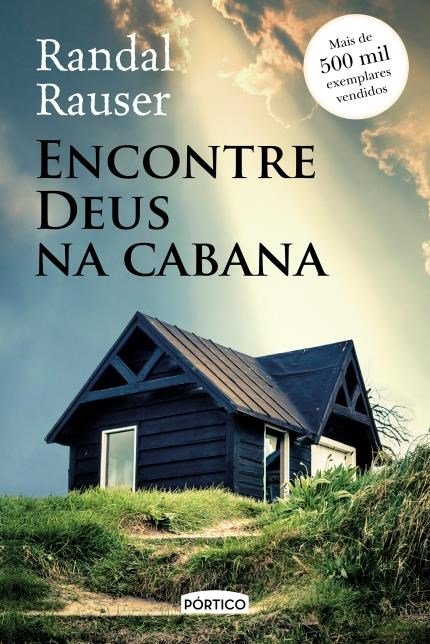 A few weeks ago one of my readers, David, let me know that on his travels in Brazil he had seen copies of my book Encontre Deus na Cabana (the Portuguese translation of Finding God in the Shack) at different Brazilian bookstores. Since I haven’t been paid any significant royalties on this edition of the book for several years, I was (how shall I put it?) intrigued.

So I contacted InterVarsity Press who owns the copyright to the book. (As owners of the copyright, it is InterVarsity that licenses translations and collects the royalties from the satellite publishers.) They notified me that a new print run of 5000 copies had been made by the Brazilian publisher in light of the release of The Shack movie. And that presumably explained the book’s high profile at bookstores.

By the way, I also inadvertently discovered that the book has now been published with a new translation (there is a different translator listed on the book). Come to think of it, it would have been good to know that too. But I learned long ago that after you sign the contract, you are often the last person to hear what is happening to your book.

Here’s the most interesting thing. Today I discovered the following cover of the book online, one that boasts “mais de 500 mil exemplares vendidos.” Since your Portuguese is probably about as good as mine, let me translate: “More than 500,000 copies sold.”

Wow, that’s a lot of books.

I had no idea the sales numbers were anywhere close to this. (Remember, I haven’t received a substantial royalty payment in years.) So far as I can see, record keeping and royalty payments in Brazil are not quite as reliable as they are in North America.

And there you have my biggest and most frustrating publishing success.