We live in an age where corporate big box retailers appear over night, flourish for a few years, and then close up shop, only to be replaced by the latest flash in the retail pan.

Set against that backdrop, I’d like to express my admiration for the quiet endurance of the local convenience store.

I recently visited my hometown — Kelowna, British Columbia — for the obligatory summer visit. And I was heartened to see that Knox Mountain Market is still going strong … forty years after I was a regular purchasing penny candy. 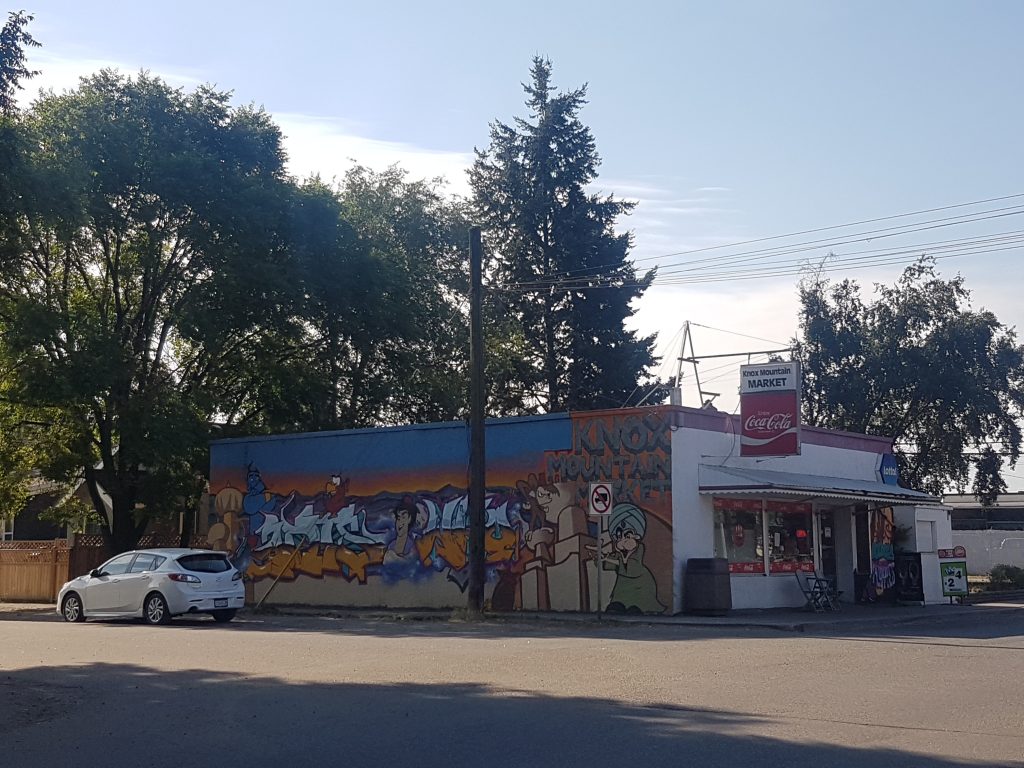 Knox Mountain Market, July 2017: still crazy after all these years.

Why does this matter?

Let’s put things in perspective: when my family moved to Kelowna in 1977, the population of the city proper was 52,000; today it exceeds 128,000. In other words, you’d hardly recognize the city. In late 1977 my dad opened his warehouse down the street from Knox Mountain Market and I grew up riding my bike a few blocks to buy penny candy at this fine establishment.

At that time, ABBA ruled the music charts, Pierre Trudeau ruled Canadian politics, and the Sony Walkman was just about to revolutionize the world of music. Today ABBA is relegated to the golden oldies, Trudeau’s son is prime minister, and Spotify and smartphones dominate the musical landscape.

In that same time, countless retailers have come to Kelowna only to pack up in defeat, K-Mart and Target included.

And through it all, Knox Mountain Market still quietly peddles candy, beef jerky, and magazines to the local neighborhood. Surely that counts for something, doesn’t it?