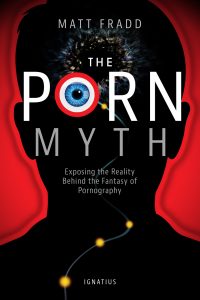 Unfortunately, the conversation took a while to get going due to some confusion about the topic of debate. While Matt was clear that his argument was concerned solely with evidence for the negative psychological and social effects of pornography, Charlotte and Adam repeatedly wandered into other topics like censorship, religion, and child sex ed. The confusion was probably exacerbated by the lack of any clear definition of pornography being provided at the outset of the show.

While the conversation remained friendly, Charlotte and Adam repeatedly attempted to present Matt as imposing his particular ethic on society. For example, Charlotte suggested that Matt’s citation of peer-reviewed studies amounted to “dictating” his vision of right behavior to others. The fact is, however, that Charlotte, Adam, and Matt all have a vision of the good society and each of them is advocating for their particular view. And so, for example, Charlotte and Adam made consent, privacy, and libertinism central to their social and sexual ethic. Fair enough, but then don’t pretend that Matt is the only one advocating for an exclusive vision of the good society.

At the close of the show Charlotte attempted to cast a general skeptical pall on scientific studies. Her evidence? Scientific studies have differed on the health benefits of wine. The implied conclusion is that we can disregard the scientific consensus on the negative effects of pornography because future studies might suggest otherwise. But this is nothing more than a bald instance of selection bias in which one disregards all scientific studies until one finds a study agreeing with their view.

As Matt pointed out, the real lesson from the wine example is that science is always open to revision. Regardless, the reasonable person still makes decisions based on the best available evidence at any given time. And in this case Matt made a powerful case that the presently available evidence supports the broadly negative effects of pornography.

Having said all that, it seems to me there is another alcohol analogy nearby which is more challenging to Matt’s case. Rather than attempt to argue that pornography does not have all these negative personal and social effects, Charlotte and Adam would be wiser to try arguing that despite all these negative effects, pornography can still be beneficial. (Of course, this isn’t my view. Rather, this is me being the devil’s advocate.)

And that brings me to what I think is a more effective alcohol argument. Imagine that Matt’s book was titled The Alcohol Myth and in the book he presented evidence that alcohol has negative physiological, psychological, and social effects. Anybody who tried to argue with Matt would be engaged in a fool’s errand. The data unequivocally supports that conclusion.

Nonetheless, if that was all The Alcohol Myth had to offer it would still come up desperately short as an argument for teetotalism. Why? Because of the great joy of having a rum and coke after a hard day’s work, or drinking a couple pints with friends on the patio. In short, despite all the negative effects of alcohol ranging from cancer to cirrohosis to spousal abuse to drunk driving to obesity, many of us still eschew teetotalism because we perceive the social and personal pleasures of alcohol outweigh the negative effects, at least they do for us.

I suspect that it is here, in the contrasting of two visions of sexual and relational wholeness, that we find the argument finally resides. But this is a matter that cannot be settled by scientific studies alone.