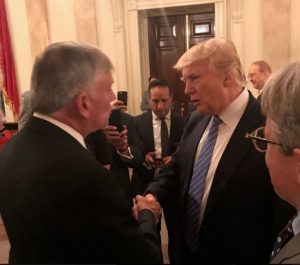 Meeting of the minds

The fourth century did not begin well for Christians. In 303 a series of edicts from Emperor Diocletian initiated an empire-wide persecution of Christians, a persecution that only ended years later when Constantine became emperor (312 in the Western Empire; 324 in the East). From that point Constantine began to adopt the Christian church as his favored religion and the rest is history.

But what kind of history? To say the least, that history is a mixed bag. On the one hand, Constantine halted persecution of Christians, and that is undoubtedly a good thing. On the other hand, within a few decades the Christian church was actively persecuting the “pagans” in a lamentable illustration of Psalm 137. (Read the psalm. It’s amazing how quickly we move from the persecuted to the persecutor.) To make matters worse, the church which had once been lean and mean now began to suckle at the civic teet. Needless to say, it is difficult to maintain a prophetic stand against the very institution that’s paying your bills.

Fastforward to 2017. With all due respect, conservative evangelicals in the United States on the whole do not have a clue what real persecution is like. But you’d never know that by watching Fox News or reading conservative blogs. Whether it is the perpetual “war on Christmas,” the intolerable demand to bake cakes for gays, or pay for contraception for employees, evangelicals constantly feel under attack. Climate change? Meh. But evangelical persecution? Rally the troops!

So who would have thought the next Constantine would be an amoral, misogynistic, irreligious business man? Actually, if you read a biography of Constantine, you probably won’t be too surprised: that man was no angel. As for Donald Trump, yesterday Franklin Graham met with him to encourage and pray for him as he restores the fortunes of beleaguered evangelicals in American society. Today Graham described the encounter on Facebook:

Last night I was at the White House for dinner with other pastors and Christian leaders from across the country. I thank God that we have a president who seeks the counsel of men and women of God. He is set to sign an executive order today that helps protect churches and Christian organizations. (Source)