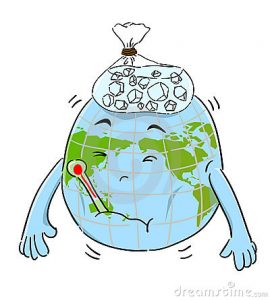 Yesterday CNN kicked dirt in the face of Mother Earth by featuring William Happer on a panel discussion. Happer is a climate change skeptic who — no surprise — “advises” Donald Trump on the environment. In this section he begins by pointing out that CO2 is a gas that occurs naturally in the environment (human beings breathe out 2 pounds of it a day, he says). From that he concludes that we ought not think of it as a pollutant.

This, of course, is nothing more than truly malevolent obfuscation.

Let’s begin with a definition of “pollutant”:

“any substance, as certain chemicals or waste products, that renders the air, soil, water, or other natural resource harmful or unsuitable for a specific purpose.” (Source)

An excess of CO2 (and other greenhouse gases) in the atmosphere renders planet earth — or vast regions thereof — unsuitable (or less suitable) for the specific purpose of sustaining living populations of human persons. Therefore, CO2 is a pollutant relative to the human population. (Perhaps it isn’t a pollutant relative to the interests of algae or jellyfish, but that’s not relevant, is it?)

But whether you call it a “pollutant” or not is really just a matter of semantics. Imagine that your house is filling with water from a flash flood. By following Happer’s logic, you shouldn’t worry that the water line is rising up your steps because the liquid is “natural”: indeed it covers the surface of much of the earth. So you shouldn’t worry that it is about to cover your house as well.

What an appalling display. Fortunately, Bill Nye redeems the situation by calling out this lamentable exercise in “teaching the controversy”. Since approximately 97% of scientists accept human-induced climate change, Nye starts by pointing out the panel should include 97 experts representing the consensus for every three deniers. (To put it another way, the composition of this CNN “expert panel” grants climate change skepticism approximately ten times greater representation than exists within the field of science.)

Check out the exchange here and watch Nye shine a light into the fog of Trumpian-era truthiness.