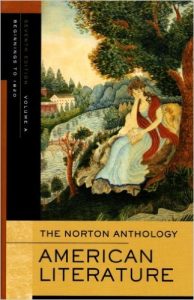 My views on the Bible really began to change when I went to university to pursue a double major in English and religious studies. At that time I began to learn about hermeneutics including the importance of interpreting distinct literary genres, heeding historical context, and attending to the many distinct approaches to textual interpretation. Along the way I gradually came to terms with the fact that I had inculcated a particular way of reading the Bible – interpret literally when possible – from my conservative Pentecostal upbringing. It was disconcerting to learn that this flatfooted approach to Bible reading had led me to misread various texts. It turned out that the proper interpretation of the Bible was significantly more complicated than I had initially supposed.

I’d grown up thinking about the Bible in the terms of two dominant models. To begin with, there was the Newspaper Model. I’d long envisioned large tracts of the Bible as providing straightforward newspaper-like accounts of God’s action in history: past, present, and future. In addition, I viewed the Bible as a collection of wisdom sayings, something like 31,000 Sayings to Succeed in Life and Get to Heaven. Newspaper accounts of history and wisdom sayings for life: that was the Bible.

It didn’t take long to realize that those two images just didn’t work. Both images failed to grapple with the diversity of biblical genres, ancient idiomatic expression, and the rich cultural implicature with which every text was interwoven. They were also grossly reductionistic: if a sentence required the context in which it was spoken or written to give it meaning, why had I assumed that sentences could be extracted from the Bible without loss? As I came to terms with the inadequacy of the Newspaper and Wisdom Saying Models, I began to look for a more suitable metaphor or analogy of the Bible. But what?

My shifting view of the Bible was intertwined with studying English, and in particular with one of my textbooks from university: The Norton Anthology of American Literature. The Norton Anthology is an influential text that has gone through many different editions over the years. It is an expansive and diverse omnibus collection of writings which span four centuries of American history (from the 1600s to today), composed by men and women from a wide range of experiences, cultures, and socioeconomic backgrounds. As a result, the writings collected in the text exemplify a diversity of genres and styles including poetry, short story, letters, speeches, novel excerpts, and much more. The editors selected the various texts that fill the pages of the book as a way to tell the story of the American people.

As an English major, I spent a lot of time with the Norton Anthology. And one day it occurred to me that the Bible was actually a lot like this venerable textbook. Like the Norton Anthology, the Bible was an extremely diverse collection of writings composed by many different people writing in many different genres and all for the end of telling the story of a national people (in this case, the Israelites and early Christians). The text was composed in three different languages (Hebrew, Aramaic, Greek) and written in several distinct cultural contexts over a thousand years. Further, far from being like a divine newspaper or a collection of isolated wisdom sayings which could be stamped on individual cards for ease of memorization, the Bible encompassed a vast and complex number of genres including pithy wisdom sayings, various forms of poetry, prophecy, Gospel, apocalyptic, law, and so on. It was an ancient library, and like any library distant from the reader in culture and time, it required care in interpretation.

At several points while reading the Norton Anthology, I had been impacted by the great gap in worldview between the writer and myself. That recognition had cultivated in me a sense of humility when reading the text and a commitment to heed the historical and literary context of each passage to the best of my abilities in an effort to close that gap.

As great as that gap could be, it paled in comparison with the chasm that separated my experience and worldview from that of the ancient Hebrews and early Christians that composed the Bible. And so I found that in addition to the enormous diversity within the text, I also needed to grapple with the gap between the biblical texts and my own culture and experience. Yet, somehow I had missed that glaring fact growing up, apparently based on the misbegotten belief that God had revealed himself in a collection of newspaper descriptions and transcultural wisdom sayings which were all equally accessible to any reader, despite their distance in time and place from the original writing.

No analogy is perfect, and in this case there is a rather important difference between the Bible and the Norton Anthology. While the Norton Anthology was compiled by human editors, I believed the Bible was compiled ultimately by God. Nonetheless, God functioned in the manner of a divine editor as the one who ultimately brought together the various writings of his human authors into a single, unified work. Moreover, God compiled this collection through human agents: editors, copyists, bishops, congregations, and church councils. All these individuals and groups worked – some intentionally and others as God’s unwitting agents – to identify the set of writings God had chosen to compile his book, a book which presented the story of God’s people and which promised good news for all people.

While the differences were undeniable, it was the parallels between the Bible and the Norton Anthology which fascinated me: both collections were enormously complex and varied works compiled by an editor to tell the story of a national people. In each case this meant that the proper reading of the collection demanded of its reader attention to this enormous complexity and variation. When it came to the Norton Anthology I was learning the set of reading skills required to engage the collection with the care and competence that it deserved. But where the Bible was concerned, I had never acquired those skills. I had never learned to heed the literary context, the social context, and the historical context of the various texts that compiled the collection. And I had little appreciation for the breathtaking gap in culture and language between these texts from the Ancient Near East and my own perspective as a late twentieth century Canadian Caucasian male reader.

This lack of awareness, and the bad reading that would inevitably result, would be troubling enough in an English class where the cost could do damage to your final course grade. It was orders more troubling in life where the cost could do damage to your soul. Observations like these pressed the question: why did God give us such a complicated, challenging collection? He could have presented us with a straightforward newspaper account of his actions in history combined with a smattering of wisdom maxims and clear doctrinal affirmations: God’s Story: A straightforward account of God’s action in history with wisdom sayings to succeed in life and get to heaven. But he didn’t. Instead he gave us the Holy Bible: The Divine Anthology of God’s People. And Christians have wrestled with the complexities of the biblical text ever since.