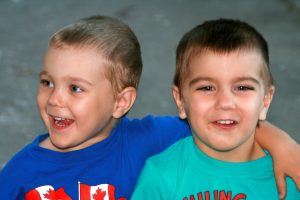 Yesterday I had a Twitter exchange with Justin Schieber regarding his claim that allowing person A to suffer for the benefit of person B constitutes an exploitative use of person A. Although Justin doesn’t define “exploitation” he presumably means something like “selfish or immoral utilization”.

Consider a simple illustration. Mrs. Jones has two children: Timmy and Tommy. Given his epilepsy, Tommy needs to be closely monitored. As a result, Mrs. Jones tells Timmy that when they go to the park on Saturday he needs to stay with his brother to ensure his safety. Timmy is disheartened to realize that he cannot play in the soccer game but he agrees to his mother’s request and dutifully remains with Tommy. But that doesn’t keep him from being miserable the whole day for having missed the game.

Mrs. Jones allowed Timmy to suffer for the benefit of Tommy. Does it follow that he exploited Timmy, i.e. that she subjected him to selfish or immoral utilization?

This isn’t all I have to say on this matter. But it is enough to provide a defeater to the basic form of Justin’s intuition about justice and exploitation.