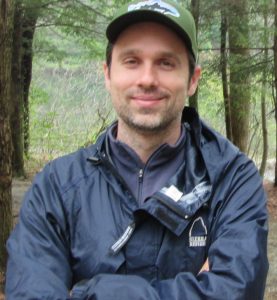 Jason teaches at Cypress College and blogs at The Secular OutPost. You can also visit him online at “Not Not a Philosopher.”

In his recent book, An Atheist and A Christian Walk into a Bar, co-written with Justin Schieber, Randal Rauser addresses some points that are similar to those that I have made here. While Randal was not addressing the argument that I just made, what he says in the book might be thought relevant to my argument and so I will consider what he says and whether it might serve as the basis of a reply to what I’ve said here.

In chapter 7, Schieber and Rauser consider the problem of evil. The relevant portion of their dialogue occurs toward the end of this chapter when Rauser says, “it is not nearly as surprising that God put us in a world of undeniably great suffering, since this is also a world tuned for soul-making.” (197). Schieber claims that this suggestion contradicts Rauser’s belief that God may have reasons of which we are unaware. Schieber says,

for any reason on which you speculate in order to excuse God’s poor fit with some horror in the world, there is always the fact that, for all we know, this reason is massively outweighed by unknown reasons (unknown to us but not to God) hiding below the surface that point in the exact opposite direction.

Appealing to unknowns helps nobody because they cancel each other out.

The lesson here I think is that, once we say that we’re not in a position to make judgment calls about the kinds of things God is likely to permit to occur on account of all the unknowns, we also rob ourselves of being in a position to make informed judgments that our favorite theodicy is not also outweighed by other reasons within that unknown-to-us section of God’s epistemic iceberg. (199)

It is important to see that Schieber is responding to Rauser’s claim that God permits at least some great suffering because doing so facilitates soul making. According to Schieber, such a suggestion is inconsistent with skeptical theism since the latter entails that, for all we know, God has strong reasons to not facilitate soul-making; indeed, it implies that God may have good reasons to promote the corruption of souls.

This is not my argument. I am not arguing that all attempts at characterizing the reasons that God would act on must fail. I agree with Rauser that, since God (if he exists) is morally perfect, we can know at least some of the goods that he will promote and thus the sorts of motivations that he will act on. In particular, I agree that, assuming he exists, we can be sure that, as Randal says, “God is maximally good and wise and that God always acts in a way consistent with the end of eventually achieving the maximum shalom or wellness for his creatures.” (201). But this gives us no grounds for believing that any of (1) – (4) are false.

Randal’s point is that it would be an error to suggest that, even given our epistemic limitations, we can know nothing about the kinds of things that are likely to motivate God. And I agree. We know enough about what God’s nature must be like to be certain that, all things being equal, he wouldn’t desire that our souls be destroyed or even that we are deceived. But Randal would be wrong to think that this tells us anything about how likely it is that God has reasons to permit our deception. If the maximum shalom of God’s creatures can be achieved only by permitting our vast deception, then God might indeed have reasons to permit us to be deceived. And, according to the skeptical theist, given our epistemic limitations, we are not in a position to know whether the maximum shalom of God’s creatures requires massive deception.

As the definition of skeptical theism states, part why our knowledge of the reasons available to God might be limited is that our knowledge of the goods that actually exist might be very limited. We must grant the possibility, then, that there exist creatures that are vastly superior to us in myriad ways, including but not limited to the following: the kinds of valuable states of which they can be subjects, the kinds of morally good action of which they are capable, and the kinds of morally valuable traits and characteristics which they are capable of developing. It may be that the well-being of such creatures involves the realization of goods the value of which is beyond our ability to comprehend. And we must acknowledge that it is possible that the total number of such creatures is vastly larger than the number of human beings that have ever lived. And it is possible that, for reasons we cannot understand, such unfathomable goods can only be achieved via the systematic deception of vast numbers of human beings about matters of vital importance.

But this fantasy story is absurd, I hear some protesting. I agree. I believe that it is highly implausible both that creatures of the sort I have described exist and, more importantly, that vast deception of humanity would be required for the well-being of such creatures. But I also think that it is highly unlikely that there are goods the realization of which requires that children suffer and die in hot cars, or the systematic extermination of tens of millions of people. But theists disagree with me. My point is that once we grant that it is possible for God to be justified in failing to prevent the kinds of horrors we observe, I don’t see how we could believe that God might not also be justified in allowing us to deceived about a great many things, including what God wants for us and expects of us. Further, I agree with Ivan and Alyosha Karamazov that if the torture and death of even one small child were necessary for the maximal well-being of God’s creatures, then it would not be worth it. But, again, theists disagree. Theists believe that the great horror that we see in this world is worth the great good that God is working to bring about. So, advocates of skeptical theism are in no position to claim that the scenario I described in the previous paragraph is an unrealistic fantasy that can have no epistemic significance.

It is possible that, due to some hidden string of connections, all the suffering that we observe in our world is necessary for the realization of great and unknown goods. But, then, it is also possible that, through some other equally hidden string of connections, some great unknown good requires that large numbers of people live and die under a vast illusion about very important things, such as the nature and possibility of human fulfillment and salvation. Nothing about the fact that God is dedicated to achieving the maximal shalom for his creatures implies such a string of hidden connections is impossible. And so, if we are skeptical theists, we cannot know that God would not be morally justified in allowing such vast deception.

Rauser makes one other point in the book that might be thought relevant to my argument. In chapter 4, Rauser and Schieber consider whether it is possible that God might command something morally heinous, such as the torture or slaughter of an innocent child. About this possibility, Rauser says,

Sure it is logically possible that God could command something that appears to be morally heinous. But, for goodness sake, Justin, something parallel to that is true of every moral theory. Take your own theory predicated on moral desires. It’s logically possible that moral desires could require actions that appear to be morally heinous. Since you’re raising a point that applies trivially to every moral system, I fail to see what you hope to accomplish by pushing that particular issue on me. (122)

In this passage, Rauser is obviously not addressing the concerns that I have been raising here. Nonetheless, we could extrapolate his comments to develop a potentially interesting response to my argument. Here it is: Note that, as Rauser’s comment implies, any view about what is morally required or permissible must acknowledge the possibility that there are goods of which we are ignorant and which, once we factor them in, would show that, contrary to appearances, we are justified in permitting the occurrence of all kinds of horrible things (such as death, mass-starvation, and mass-deception). Since such conclusions apply universally, to any view about what we are morally required to do (including what a person is morally required to attempt to prevent), there is no special problem here for theism.

This reply does not work. While any normative theory must acknowledge that human knowledge is limited and that therefore it is possible for us to be wrong, perhaps massively wrong, about what is morally required of us, skeptical theism is committed to things that go beyond this claim about human limitations. Skeptical theism does not just say that it is possible that there are goods beyond our ken and unknown morally sufficient reasons that would justify God’s failure to prevent horrors. If skeptical theism is going to be a response to the problem that the existence of actual evil presents for theism, it is going to have to say not just that it is possible that there are such things, but that there actually are such unknown goods and reasons.

Further, it is not true that every normative theory is committed to claiming that it is possible that some unknown goods provide a morally sufficient reason for a person, who is in a position to help prevent some great evil, to refrain from doing so. This is true for some normative views, such as act utilitarianism, but it is not true of all normative theories. We could, for example, agree with Ivan Karamazov and assert that some evils are so great that even if they were necessary for the realization of incomparable goods (e.g., the well-being of the entire human race), we would still not be justified in refraining from trying to prevent these evils. And we can assert that some actual evils, the Holocaust for example, satisfy this description.

There are two parts of my response to the potential reply that we’ve been considering in this section. The first is that there is an important difference between on the one hand acknowledging the bare possibility that there exist morally sufficient reasons that would entail that, in at least some instances, our considered normative judgments are wildly wrong, and, on the other hand, asserting that there are morally sufficient reasons for a person who is situated so as to prevent a great horror to refrain from doing so. The former possibility need not force us to reassess any of our normative judgments. The existence of the latter must make us reassess the probability that other morally sufficient reasons might exist that would justify God’s allowing humanity to be systematically deceived about significant issues.

The second part of my response is that not all moral views are in the same boat. Any moral view according to which some person, who is situated so as to prevent it, is at least on some occasion morally permitted to refrain from preventing something as horrible as the Holocaust is going to have to accept that we could be wildly wrong about our duties to prevent horrible suffering. But some moral views will not have this implication. On some moral views, just as some acts are intrinsically wrong and thus it is never morally permissible for any person to engage in them, so too there may be some events that are so horrendous that no person who is situated so as to prevent them could ever be justified in failing to attempt to prevent them.