The other day I found myself wasting time at a site that has a wealth of old photos of the city I grew up in (Kelowna, BC) as well as the surrounding environs (the Okanagan Valley and southern British Columbia). I especially enjoyed the politically incorrect roadside signs and I’ve selected two for your viewing pleasure.

When starting a fire was a capital offense

Our first sign is from the late 1950s/early 1960s. “Ye Olde Manning Park Gallows” is a rather clever, if terrifying sign which is intended to discourage motorists from discarding lit cigarettes out their window, lest they inadvertently start a fire in Manning Park.

Fire prevention has long sought recourse to subtler forms of intimidation: Smokey the Bear may seem calm now, but if you ever started a fire, you knew he could disembowel you in a moment. Still, there is something especially disconcerting about being hanged from the gallows. 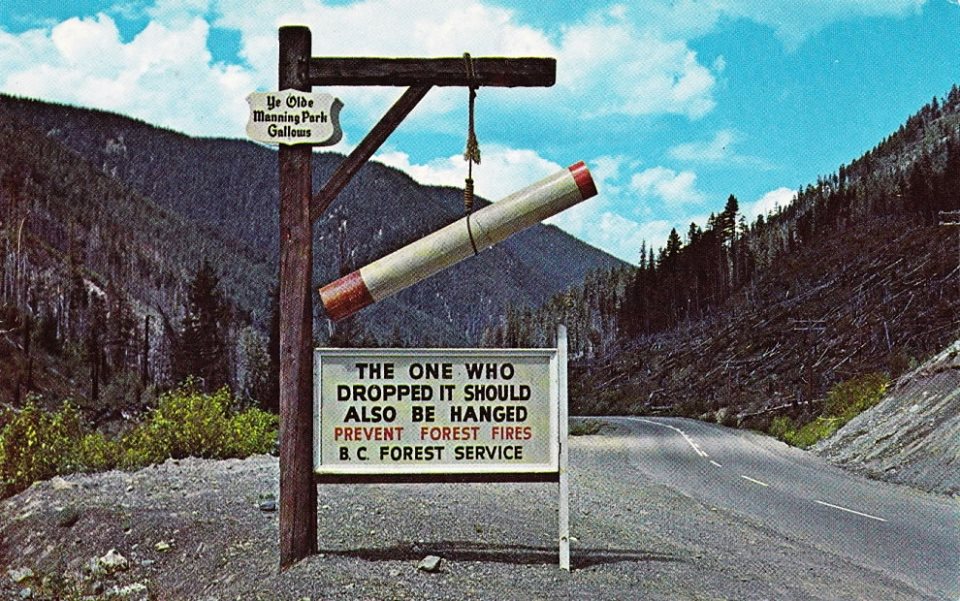 When only White Men could see Ogopogo

This next sign is one of my favorites. First, some background. Kelowna is situated on Okanagan Lake, a 135 km long and 761 ft deep lake, which is famous for being the home of Ogopogo, one of the more well-known lake serpents in the world after the fabled Loch Ness Monster.

This roadside sign, erected by the Government of British Columbia, stood for years beside the lake about half an hour south of Kelowna. This particular postcard is probably forty years old, and the dated references to “primitive, superstitious Indians” and “white men” certainly make folks blush today. Big surprise, this very politically incorrect sign was still standing in 1996 when I stopped to take a picture of it. However, my guess is that it was probably removed not long after, a racist and sexist relic of an earlier time. 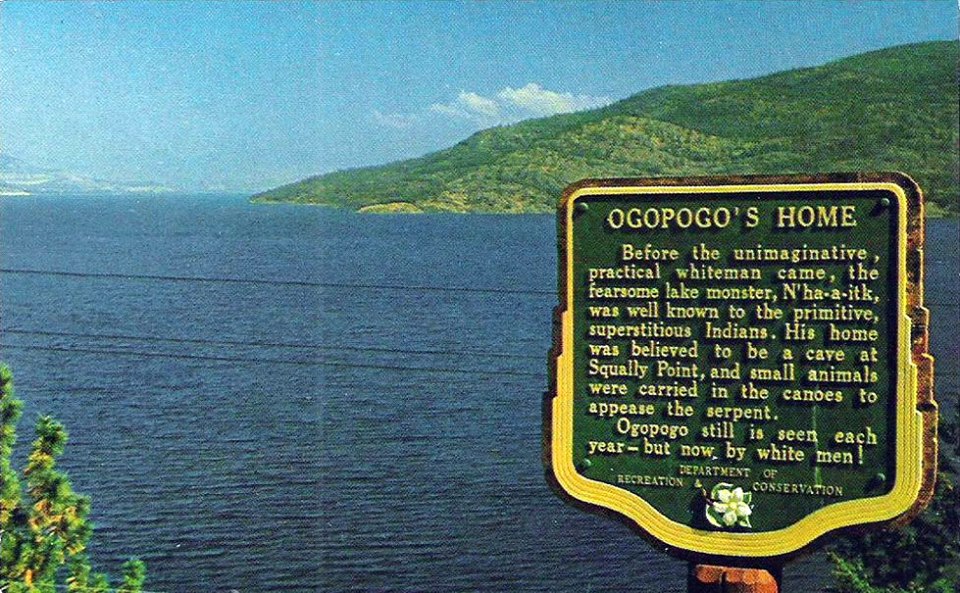 These days folks often like to poke fun at political correctness, and there is no doubt that there are occasions where it can go to far. But would we really want to return to a time when only white men could see Ogopogo?

I don’t think so.