I’ve been speaking a lot recently to various church and parachurch groups on issues pertaining to the LGBTQIA (Lesbian, Gay, Bisexual, Transgender, Queer, Intersex, Asexual) community. To be sure, this isn’t because I’m an expert on such matters: far from it (indeed, very far from it). Rather, it is simply because these issues are among the most contentious ethical and social issues evangelicals currently face. And arguably the most contentious issue of them all concerns the traditional Christian prohibition of same-sex relations.

The Christian Church used to present a united stance on the traditional perspective. However, that is clearly changing. I met my first gay-affirming Christian when I moved to England in the fall of 1999. I remember at the time being completely confused by a Christian who was gay-affirming. Looking back, that response now seems positively quaint (or at least thoroughly provincial).

Every passing month seems to bring new Christians “coming out” as gay-affirming. And I’m not just talking mainline liberals here. That, of course, would hardly be news. What is particularly surprising is the surge in recent years of evangelicals with impeccable credentials becoming gay-affirming. To note one, Tony Campolo went public with a gay-affirming position in 2015. (I since heard anecdotally from a couple sources who have since met Tony that his invitations to speak at evangelical churches subsequently declined significantly, further evidence that many traditionalists still treat this issue as a litmus test for orthodoxy.)

Of course, Tony has always been on the “left” end of the spectrum, and his wife Peggy was already gay-affirming, so perhaps that isn’t too surprising.

Regardless, the latest high-profile entry on the growing list is definitely surprising. In October, the revered Christian philosopher and public intellectual Nicholas Wolterstorff also came out as gay affirming in a public address:

Wolterstorff’s talk predictably earned plaudits from some and strident condemnation from others. (For the latter see Wesley Hill’s article “Nicholas Wolterstorff’s Cheap Shots.”)

I suspect the periodic high profile conversions and controversies will continue among the intellectual elites. (For another example, in 2015 the outstanding young New Testament scholar Daniel Kirk was denied tenure at Fuller Seminary in large part because of his position on homosexuality and gay marriage.) 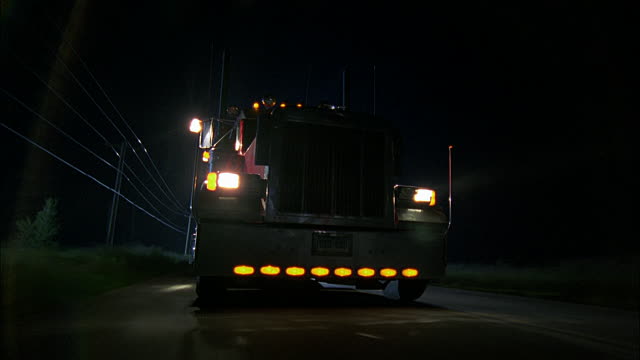 Here is the gay-affirming semi truck. We notice the high profile conversions (Campolo, Wolterstorff, Kirk, etc.) but not the darkened shift in mass opinion behind them.

But from my perspective, those high profile cases are merely the blinking lights on a semi truck that is baring down on the traditionalists. We stare at the lights and debate them without realizing the mass of opinion growing behind and with them.

As a case in point, in preparation for one of my recent talks I was struck by the statistics in a Pew Research study which chronicles the shift in opinion among American Christian groups on homosexuality between 2007 and 2014. Two statistics are particularly worth highlighting here. First, in 2007 44% of Christians in the United States were gay affirming, while in 2014 that share had risen to 54%. In short, more than half of Christians in the American church are now gay-affirming.

(Here’s the link for the study. I’m having some blog problems that prevent me embedding it: http://www.pewresearch.org/fact-tank/2015/12/18/most-u-s-christian-groups-grow-more-accepting-of-homosexuality/)

But those are all mainline liberals, right? Hardly. And that brings me to the second statistic. In 2007 26% of evangelicals were gay affirming, but as of 2014 that number had risen to 36%. Let me underscore that for emphasis: more than one third of evangelicals are gay-affirming.

I know several Christian school teachers and the trend I hear anecdotally from them is that generally speaking, same-sex attraction is not a moral issue for them. They have gay friends and they simply don’t buy the rhetoric of the vocal traditionalists this is a defining moral issue for our time. Case in point, James Dobson once claimed:

Crazy rhetoric like this is blessedly on the decline, but you can still find it from time to time. While it may serve to marshal conservative forces, I suspect it also creates significant blowback among younger progressive Christians who are simply repelled by this paranoid and hypocritical attack on perceived outgroups. (Why hypocritical? Well, you could start with the fact that according to some data conservative Christians have comparable or slightly higher rates of divorce than the general population. For further discussion see Ron Sider, The Scandal of the Evangelical Conscience, (2005) pp. 18-19.)

Suffice it to say, all the evidence suggests that the trend will continue: that semi ain’t slowing down anytime soon.