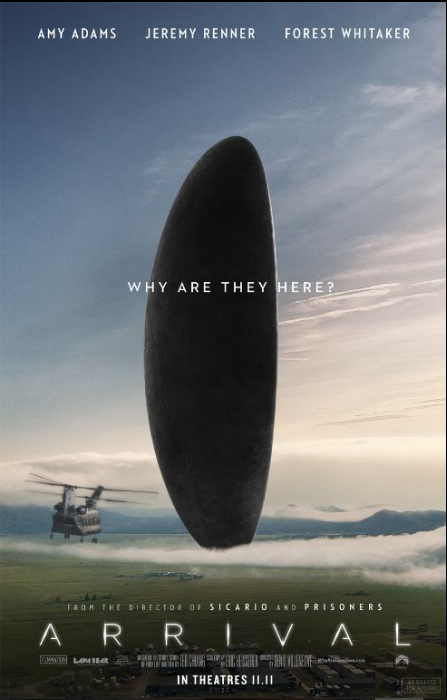 First contact with intelligent alien life is one of the perennial cinematic themes. Sometimes the treatment is intimate and sentimental (E.T.); other times, the premise offers little more than a tweak of the standard war story (Independence Day; War of the Worlds). In still other cases is provides a fecund metaphor for the analysis of personal psychology or human society (Signs; District 9).

All of these stories have their place. But for my liking the most fascinating treatments are those that recognize an affirmative answer to the question “Are we alone?” is one deserving of reverent awe. These films are quiet and meditative as they explore deep philosophical and spiritual themes. Included in their ranks one finds modern classics like Close Encounters of the Third Kind and one of my perennial favorites, Contact.

If aliens ever did arrive, how would we communicate? Would we be able to communicate? Some years ago the mathematician John Casti wrote a fascinating essay titled “Who Goes There?” in which he pointed out difficulties with the assumption that we would ever be able to communicate with intelligent aliens. Indeed, Casti notes in a smackdown of SETI’s optimism, we can’t even be sure we should be able to recognize the presence of alien intelligence should it be there.

Arrival is aware of the challenges with communication across this greatest of divides. And so it wisely centers on the work of a gifted linguist named Louise (Amy Adams) who is tasked with interpreting the strange utterances of these newly arrived visitors to earth. The written language of the extraterrestrial visitors is as bizarre and wonderful as you might imagine. But even if it is out of this world, it can still be analyzed with scientific rigor by Louise and her colleagues. And so the journey begins to understand why the aliens with their curious ships are here.

The more we learn about the language, the more we find ourselves moving into the fascinating interrelationship between language, the mind, and reality. Does language shape our brain? Does it change the way we think? Does it create or delimit our worldview? Does it help construct reality? The journey into the aliens’ language provides answers to these questions which could support hours of discussion in a philosophy of language seminar.

The film also moves into questions of love and suffering. Louise faces burdens of suffering in her life that no person should have to bear, but the sense of purpose she derives from her interactions with the aliens raises the prospect that much suffering can be borne if we perceive a reason why we carry it.

Arrival also features Forest Whitaker and Jeremy Renner and is directed by Canadian Denis Villeneuve (among Villeneuve’s other films is 2009’s Polytechnique, a powerful depiction of the 1989 Montreal Massacre).

In my view, Arrival feels very much like a Terence Malik film in the best sense that it melds the grandest and loftiest themes with the intimate details of individual lives and moments in time. It also doesn’t feel like a Malik film in the best sense that Malik’s films can falter on languid pacing and pretension. By contrast, while Arrival had leisurely pacing (and there’s only one explosion to speak of) the viewer is buoyed on by tension you could cut with a knife. Credit must go in particular to Adams for her stellar performance.

However, the last word should go to the aliens (aka Abbott and Costello). As with Contact it is clear by the end of the film that they are most certainly not gods. But they just may be his messengers.