Let’s consider the first morning at university for one hypothetical 18 year old raised in a typical evangelical church subculture. His name is David.

Getting ready for university

David’s Christian leaders were seeking to grow his faith strong. And so, as he grew up in the church he was taught a deep suspicion of many views contrary to his evangelical Christian convictions. For example, he was taught that the Neo-Darwinian theory of biological evolution is wrong. But not simply that it is wrong: he was taught that it is a lie, that it is a theory on its last legs which is sustained by little more than the anti-Christian animus of those who propagate it. He still remembers the sober words of his youth pastor: “Don’t let the evolutionist make a monkey out of you.”

David was also warned about atheism. Atheists, he was taught, are godless people who hate God and repress a deep anger toward him. They don’t want to live in accord with God’s law and that’s why they reject belief in him. So they are merely fools, as it says in Psalm 14:1.

With that background, David faces his first morning as a new student at a large public university, a school with more first year students than people living in his home town. When he arrives David encounters a bewildering number of cultures and languages, to say nothing of the staggering number of life philosophies on other. The Christian subculture in which he was raised is now inundated by a tsunami of alternative perspectives he hardly knew existed. And these are not mere abstractions on the page of a Christian worldview textbook. These are beliefs and practices held by real flesh and blood people that he meets everywhere he goes, from the dorm to the SUB to the classroom. 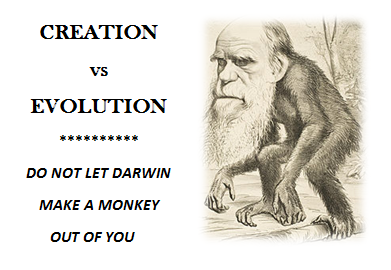 David arrives early at his first class: Biology 101. Having been warned for years of the absurdity of evolution, he is gritting his teeth, seeking merely to endure the class in the hope of becoming a medical doctor someday.

Immediately David is surprised by Dr. Smith. She seems friendly and very intelligent and she conveys a deep love for the natural world as she projects various images of nature on the PowerPoint screen. With surprise, David realizes that she also coauthored their textbook, a formidable five hundred page tome full of diagrams and pictures and charts. As she talks, Dr. Smith provides an overview of the syllabus, noting how they will study the properties of life, the differences between plants and animals, the flow of genetic information, and … here it comes … how life evolved on earth. Dr. Smith ends the class with a humorous story of her time doing postgraduate research on the dental evolution of shark teeth.

As class ends and David gathers his books, he experiences a degree of relief. Dr. Smith doesn’t seem nearly as hostile toward Christianity as he had expected. But that first class has also planted a seed of doubt. Is Dr. Smith trying to make a monkey out of him? Is evolution really just a lie, an absurdity sustained only by the anti-Christian animus of its defenders? Could a reasonable person interpret the origin of life in that manner? And if not, how does he explain Dr. Smith? 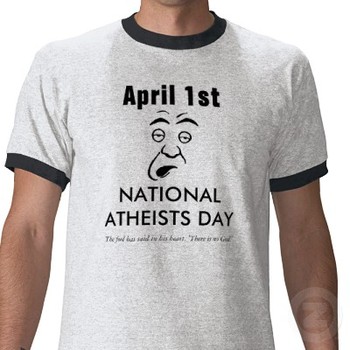 Still, David doesn’t have time to process those questions now. He needs to get to his next class, Philosophy 103. If David was nervous about Biology 101, he is outright fearful of this next class. His youth pastor had warned him that the philosophy teacher, Dr. Braun, is an atheist. For David that has conjured up images reminiscent of the movie he saw with his youth group a few years ago: God’s not Dead. In that movie the teacher, Dr. Radisson, challenged the students to defend the existence of God. If that happens here, David is not sure how he will respond.

Apprehensively, he takes a seat in the back as Dr. Braun saunters into the classroom sporting a black turtleneck, a pony tail, and a pair of Freudian spectacles hanging off his nose. “Definitely a philosopher,” David chuckles to himself.  Dr. Braun takes a piece of chalk and writes on the blackboard: “Why are you here?” He then turns to the class with a disarming smile. “Well?” he asks, “Why are you here? To get a grade, some course credit? And what’s that for? So you can get a degree?” His eyes scan the room, thoughtfully. “And why do you need a degree? So you can get a job, right? But what do you need a job for? Let me guess, to support a family. So your kids can grow up, and go to university, and get a degree, so they can raise a family, so …”

Dr. Braun pauses dramatically. “But what justifies the whole circle? That is the question, isn’t it? It’s a question famously asked by the great philosopher Socrates. And it sets us on another course, the pursuit of wisdom. That is philosophy, the love of wisdom.”*

Over the next hour Dr. Braun describes many of the great problems of philosophy: why are we here? Is there meaning in life? How can we know anything? What is the good? And is there a God? In each case, he briefly summarizes the various views that different thinkers had taken, all in pursuit of that overarching goal, the search for wisdom. David is entranced by the lecture and before he knows it, the class is over. As he walks out, he is both intrigued and confused. Dr. Braun seems to be many things, but a fool is not one of them.

That’s David’s first morning. Now think of four years of experiences similar to those, experiences that erode the simple and austere categories that David had acquired while being raised within his Christian subculture. From that perspective, it should hardly be surprising that many young Christians like David find their faith under serious assault in university.

*This example is inspired by Paul Kreeft, The Best Things in Life, 17-20.