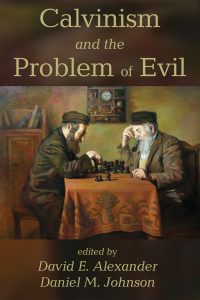 Calvinism represents one of the richest and most formidable intellectual traditions in Christianity, one that has enjoyed a popular renaissance in North America in the last several years. Given these facts, you might expect that Calvinism would attract significant (sympathetic) attention among Christian philosophers. But the reality, as David Alexander and Daniel Johnson observe, is quite the opposite: “Calvinism simply is not a live option for most Christian philosophers.” (1)

Why is this? The problem for many traces back to Calvinism’s commitment to theological determinism and the problem of evil. If God determines all events, doesn’t that render God the author of sin? And if God determines the actions of all agents, how does Calvinism explain the origin of the first sin? Finally, there is the general problem of evil. While libertarians have access to the free will defense, theological determinists do not appear to have that option given that God could have determined human agents always to act rightly (5-16). In all these cases critics assume that Calvinism encounters insurmountable difficulties that are not faced by alternative accounts of providence and election (e.g. Arminianism, Open theism).

That’s where Alexander and Johnson’s new edited volume, Calvinism and the Problem of Evil, comes in. They wisely perceive that reintroducing the intellectual virtues of Calvinism to the guild of Christian philosophers might best proceed with a thorough treatment of the stumbling block of evil. The book kicks off with a helpful introduction from Alexander and Johnson followed by an initial essay from Johnson which provides an excellent overview of the topic. From that point there are an additional eleven essays courtesy of a first-rate cast of Calvinist philosophers including Paul Helm, Alexander Pruss, Greg Welty, and James Anderson.

While I would love to devote some attention to each essay, this is not practical. So I will instead restrict my critical engagement to the essays by Greg Welty and Matthew Hart.

The Molinist fled across the desert, and Welty’s gunslinger followed

In his essay “Molinist Gunslingers: God and the Authorship of Sin,” Welty takes on the core objection that in the world of Calvinistic determinism God is morally culpable as the author of sin. Welty offers two points by way of reply. The first is an appeal to mystery. Following Paul Helm he notes that key Reformed confessions “leave it a mystery why (for instance) if God ordains everything that comes to pass, and if human sin comes to pass, God is not responsible or culpable for those sins.” (59)

In the main part of his essay Welty focuses on a tu quoque argument in which he charges that if Calvinistic determinism implicates God in evil actions, then Molinism (the primary alternative to Calvinism) does so as well: “Molinism makes God the author of sin (in the objectionable sense) if Calvinism does.” (60)

If Welty is going to defend this claim, he must address the common assumption that Molinism avoids implicating God in evil because God only acts in accord with his knowledge of counterfactuals of creaturely freedom. Molinists insist that God is not determining the agent to act and thus the creature is responsible for his/her own actions. By contrast, says the Molinist, on Calvinism God determines the creature’s action and so is implicated in it.

Welty challenges this alleged contrast and to make his point he appeals to a meticulously developed firearm analogy. The first step in the analogy is to describe the “ordinary gun” case in which a man pulls a gun on another person and shoots them. Note the dimensions of the case: the gunman acts to bring about a particular effect, but his actions themselves are not sufficient for the effect since he relies on contingent laws of nature, and his knowledge of those laws which guide his action. The gunman does not determine what the laws of nature are but he is nonetheless responsible for the crime (60-3).

In the second scenario Welty envisions a gunman firing a Bullet Bill gun. (Bullet Bill is a sentient bullet with a wicked grin in Nintendo video games and he chases after Mario when fired rather like a heat-seeking missile.) In the first scenario (i.e. that of the ordinary gun) the gunman knows what the trajectory of the bullet would be in various situations based on the laws of nature. And in the second scenario the gunman knows the trajectory Bullet Bill will take in various situations based on his knowledge of the counterfactuals of creaturely (bullet) freedom: that is, he knows that if the gun is fired in situation A that Bullet Bill will kill Mario but if it is fired in situation B then Bullet Bill will kill Luigi.

This is a very clever argument which Welty executes (if you’ll excuse the pun) both with rigor and Nintendo references. And if it is successful it certainly forces the Molinist’s hand: either bite the bullet (if you’ll excuse another pun) and accept that the Molinist has no advantage over the Calvinist, or retreat to Open theism.

Let’s now turn to the second sample essay. In “Calvinism and the Problem of Hell,” Matthew Hart takes on one of the most difficult of philosophical objections to Calvinism. To be sure, the traditional doctrine of hell as the eternal conscious torment of the reprobate is a difficult doctrine for anybody. But many non-Calvinists believe it is at least defensible if one believes God is committed to respecting the libertarian freedom of his creatures. In that case, God’s hands are effectively tied as he is forced to yield to the implacable human will. As C.S. Lewis famously observed, “There are only two kinds of people in the end: those who say to God, ‘Thy will be done,’ and those to whom God says, in the end, ‘Thy will be done.'”

Calvinists do not accept libertarian free will and so they cannot appeal to this free will defense of eternal conscious torment. On the Calvinist view God could have predestined all creatures to heaven, but instead he subjected a subset to the decree of reprobation. Why?

From Tertullian to Thomas Aquinas to Jonathan Edwards, many theologians have argued historically that the damnation of the reprobate serves to increase the knowledge the elect have of God and the delight they take in him and their own salvation. Hart is to be credited for providing a robust and meticulous exploration of the possible goods that could arise from this scenario, and for doing it with a steely constitution.

That said, the essay raises some important questions. For example, Hart provides only passing attention to the conditions under which the elect’s knowledge of the reprobate (and thus of God’s greater glory) is acquired. At one point he seems to suggest that the knowledge might be acquired through literal sense perceptual faculties: “Perhaps God reprobates in order to give people in heaven an ongoing spectacle of God’s retributive justice being enacted in punishment….” (256) Think bleachers lining the Lake of Fire, perhaps.

Once you start contemplating the possibility of folks rejoicing at the “ongoing spectacle” of the reprobate writhing in agony, it should be clear just how implausible and off-putting Hart’s argument will appeal to many critics. As I read Hart’s essay I was reminded of how philosopher David Lewis famously observed that many philosophers responded to his counterintuitive theory of possible worlds with little more than an “incredulous stare”. I suspect Hart’s essay will invite its own share of incredulous stares from critics who are simply unable to consider the possibility that the damnation of some might enhance the joy of others.

I hope readers don’t stop there, however. While Hart’s thesis is a hard pill to swallow, he does argue his case with precision and ingenuity. My own concern with that argument goes beyond an incredulous stare. Hart’s case depends on the prospect that there are several goods which God cannot acquire other than through the reprobation of some creatures. However, most (all?) of these alleged goods appear to me to depend on contingent psychological facts about the human person which could have been otherwise.

For example, Hart’s analysis draws tacitly at several points upon the contrast effect, a psychological trait in which perception is enhanced or intensified by way of contrast. For example, food tastes better after a fast, or that warm spring day seems even warmer after a long, cold winter. In a similar way, the delight of the elect in their own salvation and God’s mercy is intensified as they witness his wrath visited upon the damned.

The problem is that the contrast effect and other aspects of human perceptual psychology appear to be contingent facts such that God could have designed human beings in such a way that a rich and informative perceptual grasp of the world would not require such ongoing contrasts. After all, divine psychology certainly doesn’t require perception of evil to perceive the good more fully. So it remains utterly opaque to me why we should think that the sanctified human mind would require such contrasts. And if God could secure in his creatures superior knowledge of himself and our future estate without drawing on the corollary suffering required by the eternal reprobation of some, then why wouldn’t he?

While I greatly enjoyed Calvinism and the Problem of Evil I do have a couple criticisms. The first, relatively minor point, is that the book lacks an index, and when you have a collection of twelve essays with countless interlocutors, topics, and concepts, an index strikes me as essential.

The more serious point is that the essays all remained staunchly within a very traditional conception of historic Calvinism. But as I read the book I was left wondering about how the unexplored territory beyond those relatively narrow boundaries might offer solutions to the problems addressed.

For example, while the origin of sin is one of the main topics of concern in the book, the entire discussion assumes a historical Adam. This left me wondering how Calvinists might treat the problem if they understood the fall within the framework of a non-historical Adam as proposed by scholars like Peter Enns and Denis Lamoureux.

The same kinds of questions arise when it comes to hell. While Hart’s spirited defense of eternal conscious torment is impressive, a Calvinist could also argue that God ultimate reconciles all creatures through Christ (indeed, Karl Barth famously skated close to just this position). Thus, I was left wondering what a rigorous defense of Calvinistic universalism might look like.

Thanks to Wipf and Stock for a review copy of this book.

If you benefited from this review, please consider upvoting it at Amazon.com.