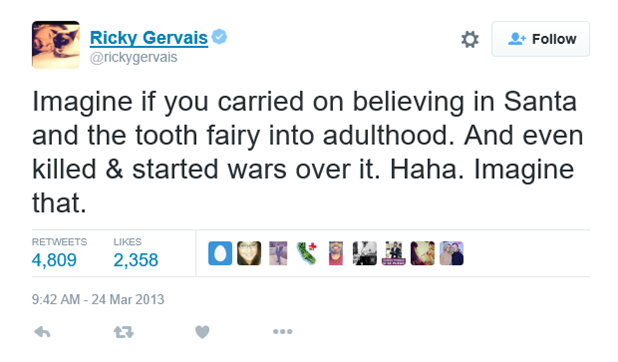 Imagine if you caricatured a complex religious worldview you reject which claims billions of adherents from all cultures, socio-economic backgrounds, and educational levels, by comparing it to an infantilized belief of childhood.

And then you went on to ignore all the complex cultural, socio-economic, political, and religious factors that lead to  societal violence and war by suggesting the single cause was disagreement over doctrines within that complex religious worldview.