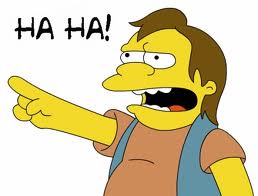 It’s been awhile since I commented on that favorite atheist quip intended to shut down any explanatory appeal to God: “Goddidit”.

Want to argue that God is the best explanation of cosmic fine-tuning? The origin of the universe? Moral obligation? Truth-directed cognitive faculties? You can shut ’em all down with one three syllable word-phrase:

Here is how the online Urban Dictionary defines the term:

“Contraction of ‘god did it’, a sarcastic term to show that the explanation for something is based on religious belief, and not sound arguments.

“Much used for arguments presented by IDiots and other religious bigots who are too lazy, or too stupid, or too dishonest to acknowledge that there are proper scientific explanations for most things.

“It is in particular used to explain ‘irreducible complexity’, a vague term used by IDiots to prove that god created the Universe.”

According to the Rational Wiki website, “Goddidit” is an example of a more general informal fallacy … the “Didit fallacy”:

“A didit fallacy is an informal fallacy that occurs when a complex problem is handwaved away by invoking (without reason) the intervention of some powerful entity.

“All didit fallacies are essentially golden hammers, because they propose a simplistic solution for a range of complex and unrelated problems.”

Later in the article we encounter a list of sample Goddidit indiscretions including the following:

I agree with the Didit fallacy article that there is such an informal fallacy. One can make premature, inquiry quashing agent appeals to aliens, your older brother Jim, or God. At the same time, I’d want to add two additional points.

The first point can be made quickly: while there are fallacious explanatory appeals to God, it doesn’t follow that every explanatory appeal to God is fallacious. Unfortunately, those who grow accustomed to invoking the Goddidit charge quickly seem to lose sight of this very fact. And that’s the problem: you see, simply labeling every appeal to God with a derisive label like “Goddidit” is likely to quash proper evaluation of philosophically serious arguments. As a result, one fails to distinguish between asinine appeals to God and those that are worthy of serious consideration.

Consider again the fourth example from the list above:

The universe appears rather fine-tuned for life on earth. God did it!

Despite the inclusion of this example in the above-cited ignominious list, the fact is that serious philosophers of science like Robin Collins have provided rigorous, peer-reviewed arguments to justify appealing to God as an explanation of cosmic fine-tuning. And precisely none of those arguments can be reduced to “God did it” in a way that is relevantly analogous to the facile appeal to divine action to explain a chicken sandwich.

This brings me to the second (deeply ironic) point.  In order to set up this point, we should note first that according to the author of the Rational Wiki article, the Didit fallacy is a manifestation of the more general Golden Hammer fallacy which is defined as follows:

“a logical fallacy that occurs when you propose the same, simple solution (or type of solution) to every problem.” 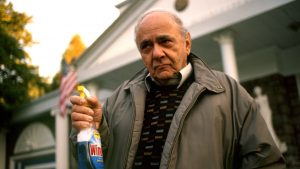 Note the obvious hyperbole in the definition: precisely nobody proposes the same, simple solution to literally every problem. According to a less hyperbolic definition, the Golden Hammer fallacy occurs when the same solution is invoked for an implausibly broad range of issues, topics, or problems. A great example is the character Gus Portokalos in My Big Fat Greek Wedding. Whatever the problem, Gus has the answer: “Put some Windex.”