If you haven’t yet watched Stranger Things on Netflix, this may not resonate with you. It’s a fantastic retro-80s show with supernatural mystery cloak-and-dagger themes that provides ample homage to Stephen King, Stephen Spielberg (especially E.T.), John Carpenter, The Goonies, and all things eighties (Think of the retro 2011 film Super 8).

For a great illustration, consider how the soundtrack and opening sequence of Stranger Things draws inspiration from the past. With apologies to John Williams my sentimental favorite soundtrack of all time comes from John Carpenter’s 1981 film Escape from New York. Here’s the opening credits and sequence (it’s hilarious that “1988” and “1997” seemed like the distant future when I first saw this movie):

Now consider how Stranger Things channels John Carpenter in its own opening. It’s hard to believe this is brand new when it sounds and looks like it came out during Reagan’s first administration:

All that is intro for the unveiling of my new Twitter logo: 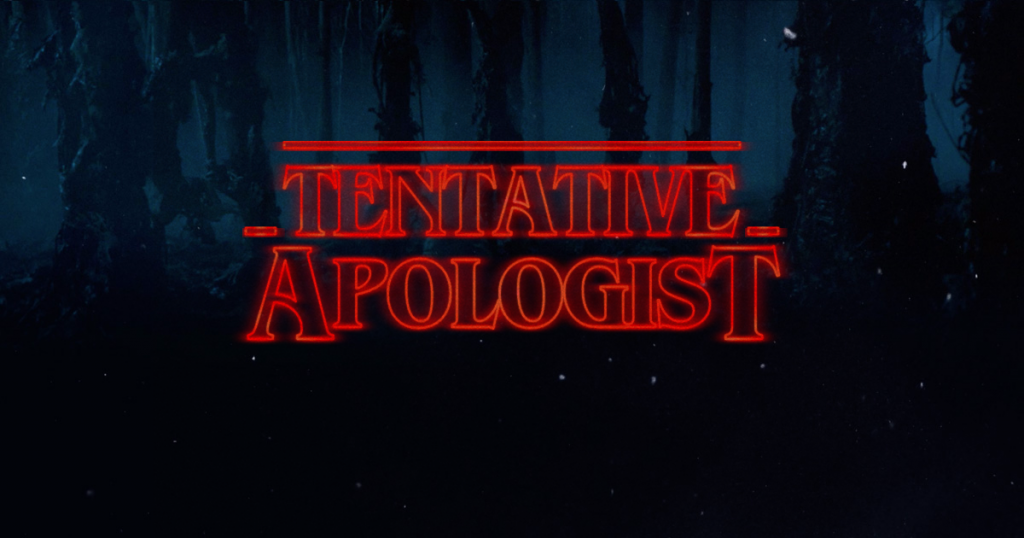 And here’s the good news for you. If you want to make your own Stranger Things logo, you can do so at http://makeitstranger.com/