I had a great time speaking this past weekend at Daylight Church in Louisville, KY. During my time there, the favorite son of Louisville, Muhammad Ali, passed away at the age of 74. (But you already knew that.) And so, after my talks on Saturday we braved the crowds and visited the Muhammad Ali Center in Louisville. As you can imagine, the place was packed and included not only the faithful and the curious, but also abundant news trucks and reporters from CNN, MSNBC, etc.

As I gazed through the fascinating and revealing displays, my eyes lighted upon a wall featuring reproductions of Ali’s various writings and doodles. Particularly intriguing (and sobering) for this Christian theologian was the man’s contrast between Islam and Christianity. As you can see, it speaks for itself. 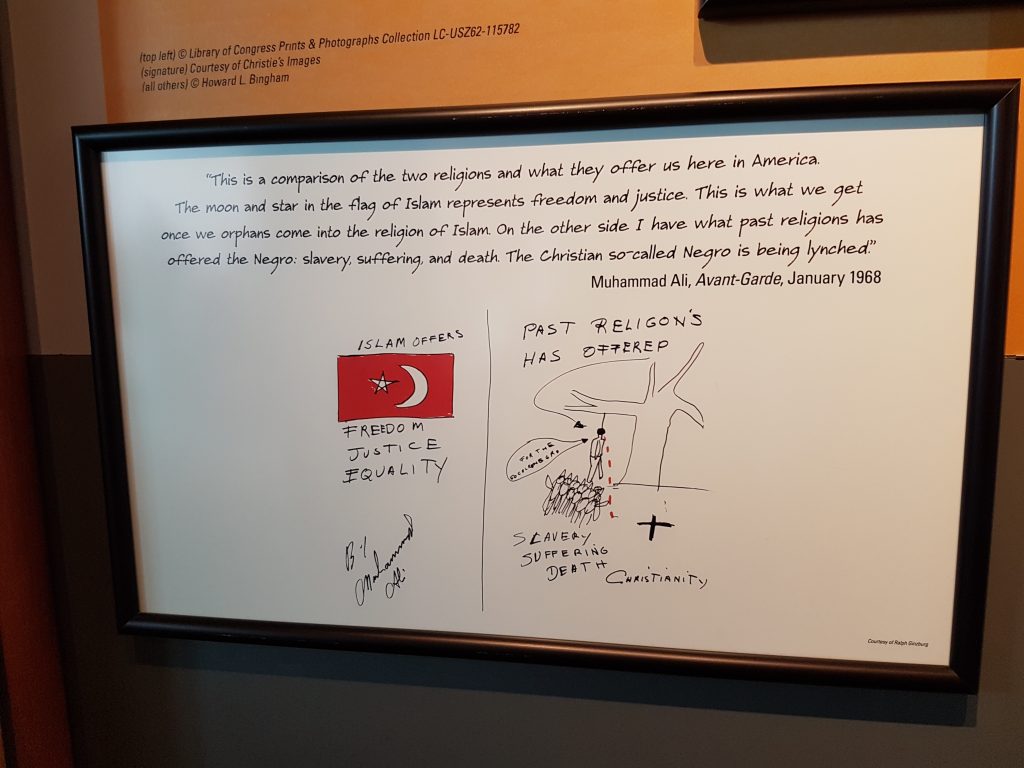