I attended Trinity Western University from 1993-1996. During that time I wrote articles for the student newspaper, the TWU Today. And lo and behold, this evening I discovered that all my handiwork is available in an online archive!

With that in mind, I’ve decided to post a modest series honoring my introduction to writing and publishing twenty years ago. But I’ve decided to begin the series not with an article I wrote, but rather with a trauma I lived through. In March 1995 my cherished motorcycle, a gorgeous ebony black and chrome 1994 Suzuki Intruder, was parked in TWU’s nondescript bike-shed when a delivery truck backed into the structure, sending it toppling down on the bikes contained therein … including my beloved Intruder.

This article on the front page of the March 1995 TWU Today immortalizes the so-called “Bike Shed Blunder” and the fate of my beloved ride. (Not to worry, the Intruder was restored to showroom condition and I continued to ride it until I moved to England in 1999.) 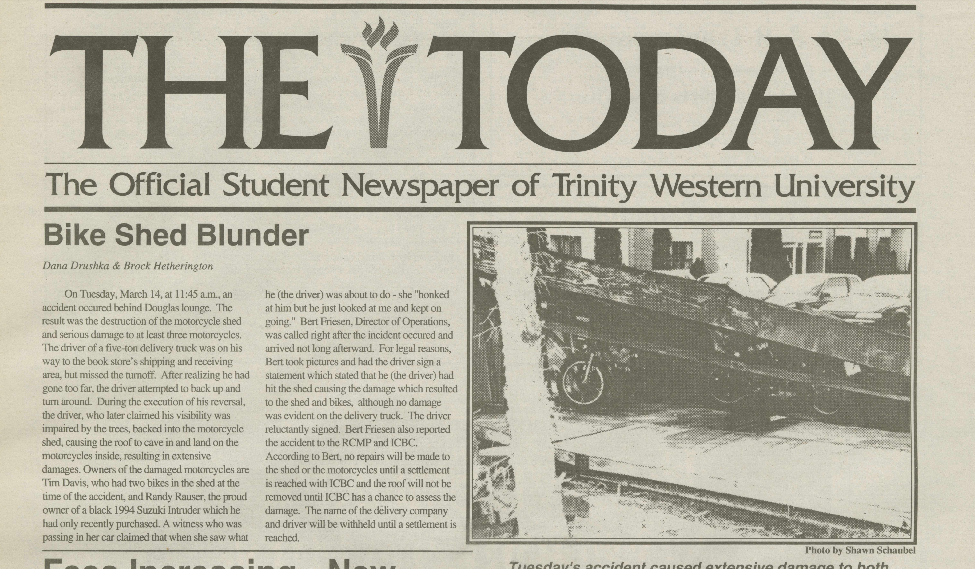