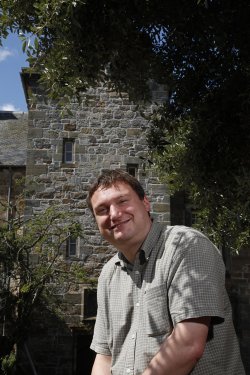 Open up your trusty King James Bible, turn to 1 John 5:7, and read:

“For there are three that bear record in heaven, the Father, the Word and the Holy Ghost: and these three are one.”

For many centuries this verse provided a powerful, eloquent, and theologically rich summary of the doctrine of the Holy Trinity, the locus classicus that could silence Arians and modalists with a single verse.

The only problem is that the bulk of that verse, along with most of the following verse 8, is now understood to be a later interpolation. The Comma Johanneum, as this passage is now known, is recognized to be a corruption of the text.

Contemporary versions of 1 John 5 contain decidedly more pedestrian, and altogether less theologically suggestive, content. For example, in the NIV that verse which once held the weight of the entire Trinity on its shoulders, is now reduced to the following phrase: “For there are three that testify…”

So here’s an interesting question. If the doctrine of the Trinity is not to be derived from a single verse, how do we justify it? And how do we justify other doctrines concerning matters of atonement, incarnation, church organization, spiritual gifts, sacraments, final judgment, and so on? In short, how do we move from the Bible, a library of documents written in three languages between two and three thousand years ago, how do we move from that document to the confessional beliefs that comprise Christian orthodoxy? 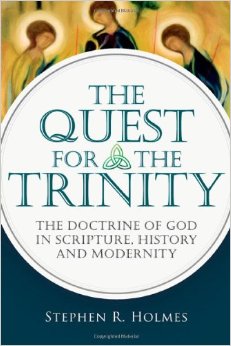 That’s a great question, and kudos to me for asking it. In this episode of The Tentative Apologist Podcast we are going to grapple with that question and various themes relating to it in a wide ranging conversation with Dr. Stephen R. Holmes. Steve is the Senior Lecturer in Systematic Theology at the University of St. Andrews in St. Andrews, Scotland. He is also author of several books including The Quest for the Trinity: The Doctrine of God in Scripture, History and Modernity (IVP Academic, 2012) and Baptist Theology (T&T Clark, 2012). Steve is also one of the contributors to the recently published book Two Views on the Doctrine of the Trinity (Zondervan, 2014). You can visit him online where he blogs at http://steverholmes.org.uk.

As I said, this conversation is wide ranging as we consider scientific models and their relationship to doctrinal formulation, the impact of naïve empiricism, the concept of revelation, the perspicuity of Scripture, the doctrine of the Trinity and salvation, the role of community, and the meaning of that hallmark confession of reformation, Sola scriptura.

You can read my review of Steve’s wonderful (and challenging) monograph The Quest for the Trinity here.