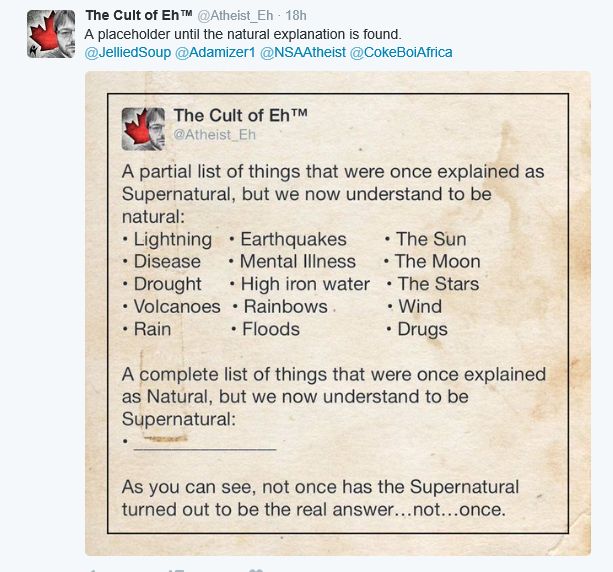 Yesterday I received this tweet in my Twitter feed. But I’m not even sure what this is saying. So the following exchange ensues: 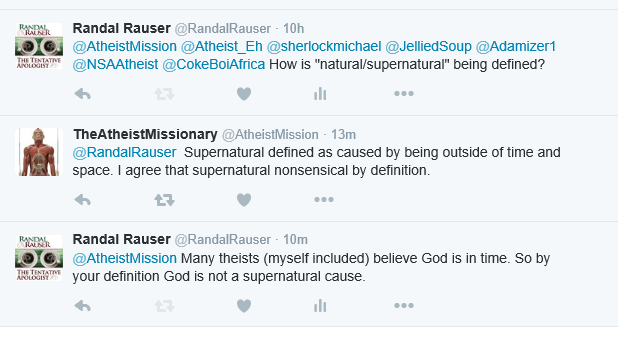 Fortunately, one can refashion the concept without invoking supernatural/natural. Instead, one can say something like this: “Increasingly, scientists are explaining phenomena in the world which were once attributed to the direct actions of divine beings.”

Um, yeah, that’s true. But what’s supposed to follow? That science will one day explain everything?