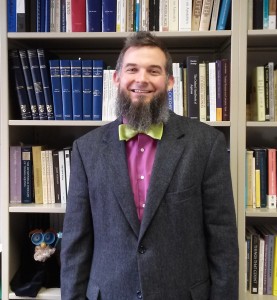 In 1977 John Hick published The Myth of God Incarnate, an edited collection of essays by leading scholars which fell like a bomb on the playground of British theology. The objections to the incarnation presented by the contributors to that book were many, but perhaps the most incisive was presented by Hick himself as he railed against the very coherence of the doctrine:

“To say, without explanation, that the historical Jesus of Nazareth was also God is as devoid of meaning as to say that this circle drawn with a pencil on paper is also a square.”

The Myth of God Incarnate put many Christians on notice: the doctrine of the incarnation was under attack, not simply from the historians and textual critics, but from the philosophers.

The challenge is nothing new, of course. Two thousand years ago in a rhetorical pique the Apostle Paul acknowledge that the crucified Christ was a stumbling block to Jews and foolishness to Greeks. But if Paul was satisfied to turn back the objection with a bracing contrast between the wisdom of God and human creatures, many Christians since have sought to say more. 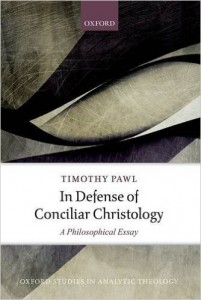 In recent years contemporary analytic philosophers have turned their considerable acumen to rigorous logical defenses of the incarnation as with Thomas Morris, The Logic of God Incarnate and Richard Sturch, The Word and the Christ.

There is no doubt that the tools of analytic philosophy have yielded much fruit in the provision of precise definitions, succinctly articulated paradoxes, and carefully reasoned solutions.

On the downside, the stripped down analytic discussion tends to leave out quite a bit, not least of which is the richness of the historical traditions that forged the very doctrines under debate.

That brings me to Dr. Timothy Pawl’s new book, In Defense of Conciliar Christology: A Philosophical Essay.

Tim is an Associate Professor in philosophy at the University of St. Thomas, in St. Paul, MN where he specializes in metaphysics and philosophical theology. He is married with five children and despite a busy home life finds time to think about one of the deepest mysteries.

And in his new book Tim offers a rigorous new defense of orthodox Christology. But as the title suggests, In Defense of Conciliar Christology defends not merely the minimalist incarnation beloved of many an analytic philosopher. Instead, it provides a rigorous defense of the full blooded Christology borne of the ecumenical councils of the church. Within these pages the Chalcedonian Definition isn’t a white elephant bequeathed to the church by squabbling fifth century bishops. Instead, it is a rich repository of theological expression. And with Dr. Timothy Pawl it has found a capable expositor indeed.

To read more from Timothy Pawl, you should definitely check out his book. In addition, you can read some of his outstanding journal articles here.