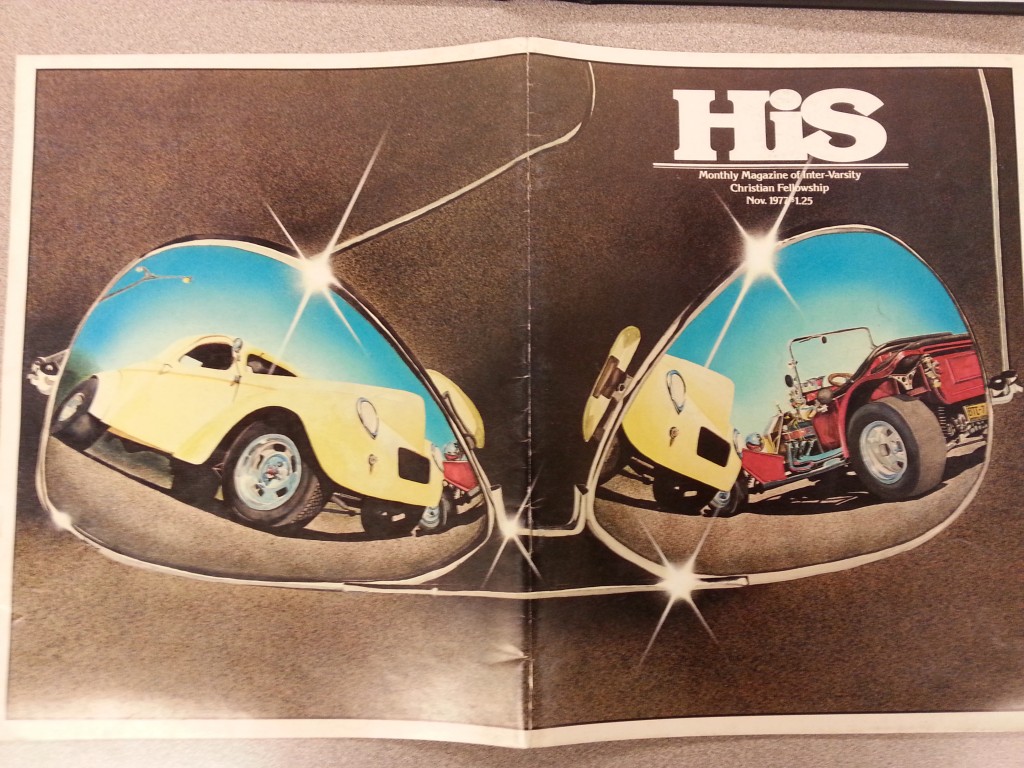 The other day some old (or “vintage”) copies of His, the (to me heretofore unknown) magazine of Intervarsity Christian Fellowship were left out at our seminary for anybody interested in documents from 1970s conservative Protestant Christianity.

I was immediately taken by this cover for the November 1977 edition. A pair of mirror lens aviator glasses left on hot tarmac, glittering in the sun and reflecting back a canary yellow 1940 Ford Coupe and a candy apple red Ford T-Bucket.

Yet one more example of the simple fact that the 1970s achieved an apogee of style that has not been approached since, even when it comes to conservative Christian magazines.