The other day I came across a bundle of tracts from my youth thirty years ago. Alas, there were no Jack Chick tracts among them. But there was this beauty, a children’s version of the Four Spiritual Laws: 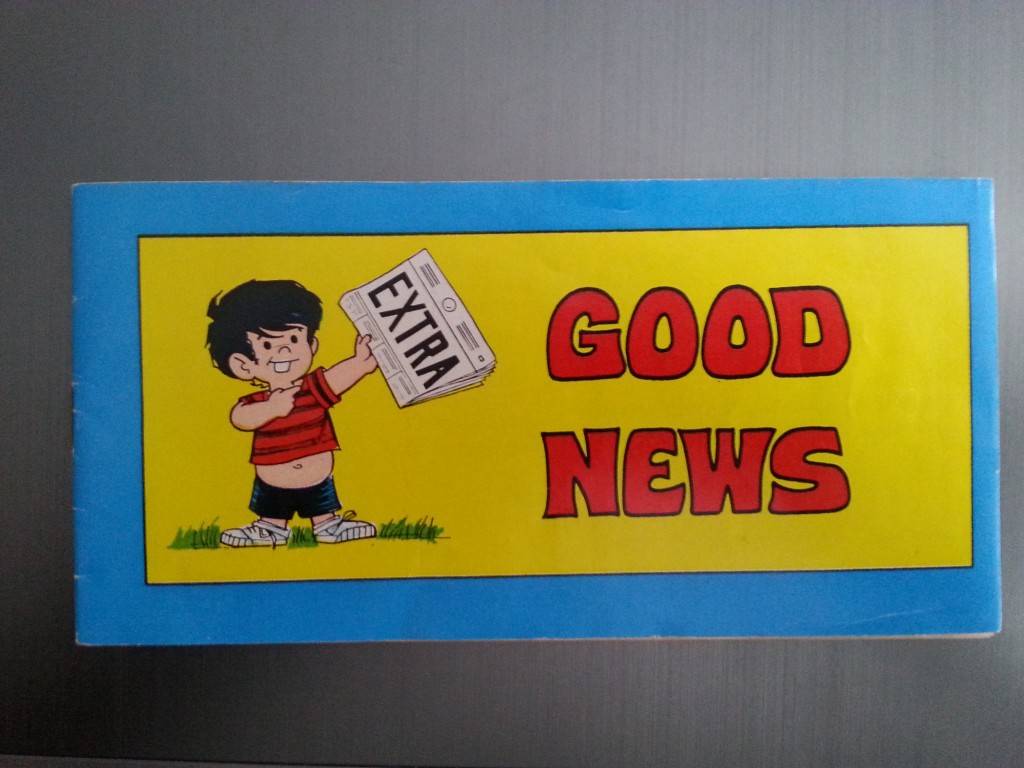 A definite classic, “Good News” shares the gospel by way of a glove where each of the first four “fingers” communicates a gospel truth. The only problem: what about the thumb? Isn’t it a finger?

Since I’ve often wondered about this, I looked up an article at Oxford Dictionaries Online. It clarified that thumbs should be distinguished from fingers, but both thumbs and fingers are properly understood to be digits.

Fair enough. But then another problem surfaces. Notice in the page included below that the text refers to the “four fingers of this glove…” But gloves don’t have fingers, they have outpouchings that hold fingers (and thumbs). And gloves have five outpouchings. 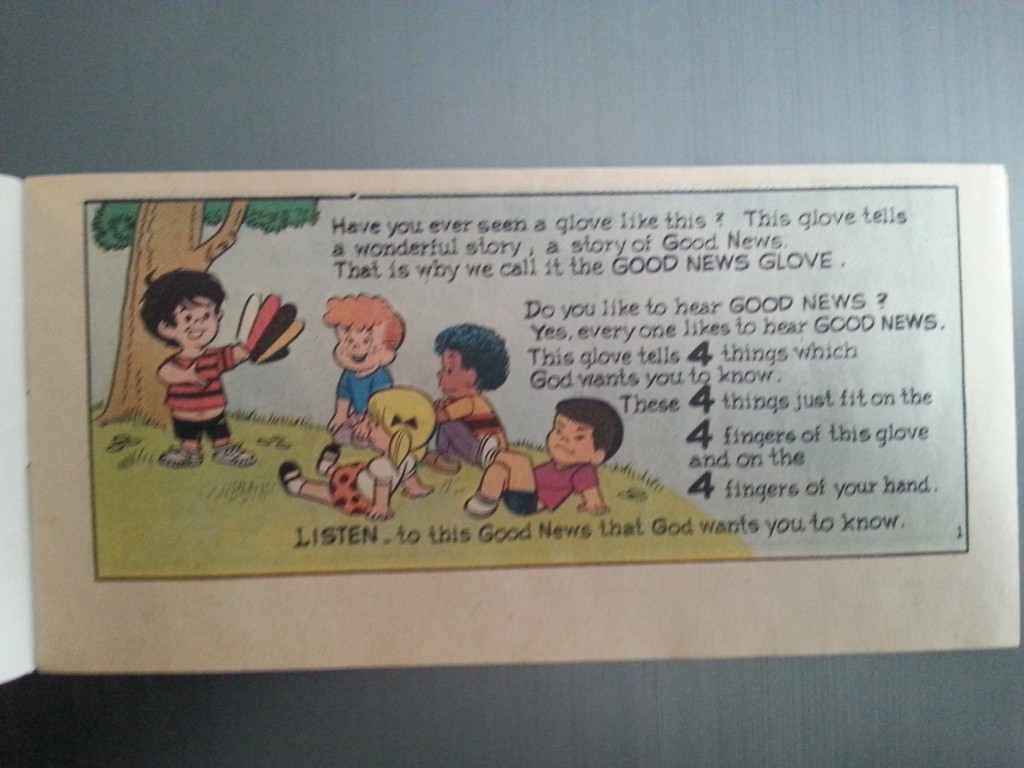 Anyway, am I the only one left wondering if “Good News” was guilty of copyright infringement? After all, four of those children look suspiciously like characters from the Archie comics (that’s Reggie with the glove, Chuck is hugging his knees, Betty is in the polka dot skirt, and L’il Archie can’t be missed with his shock of checkerboard orange hair; not sure about that boy in the purple shirt).