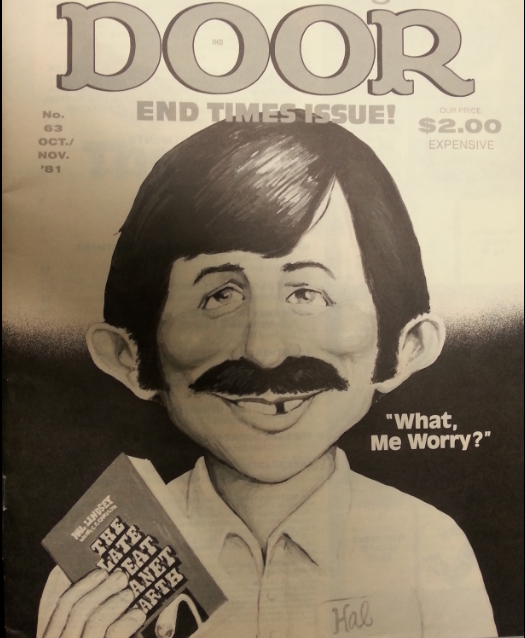 I’ve long been a fan of clever satire and parody. So it’s no surprise that I’ve also long been a fan of that fledgling iconoclastic Christian institution, The Wittenburg Door (aka The Door). The Door was every bit as smart and funny as Mad and Cracked, but it devoted itself to lampooning cultural Christianity.

Sadly, after many satisfying years of amusing, Onion-like social commentary, this venerable publication went dormant in 2008. But the other day one of my colleagues lent me a vintage 1981 copy and I was reminded how much I missed The Door.

As you can see, the issue capitalizes on the end-times fervor of the early eighties replete with a mashup of Hal Lindsey and Alfred E. Neuman.

As I began flipping through the pages, I laughed — audibly laughed — at the cartoon I included below. 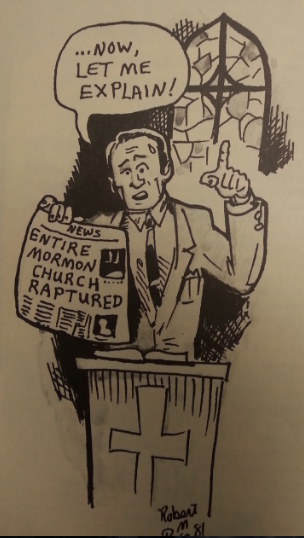