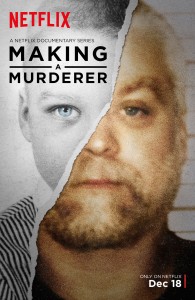 Imagine being convicted for a crime you didn’t commit, the horrid crime of a violent assault and attempted rape. And then imagine going to prison for 18 years for that crime. And then imagine that you are finally exonerated of the crime after DNA establishes your innocence. And then further evidence comes to light that evidence for your innocence was suppressed by the prosecution, an egregious case of legal (and moral) misconduct.

Finally, after all that suffering and injustice, you now become a poster child for the wrongfully accused, and a symbol of the broken policing and judicial systems. You’ve now launched a lawsuit seeking damages, and with widespread public support folks are suggesting that you could receive a payout north of $30 million. You’ve got a new girlfriend. Your family are no longer social pariahs. Life is good.

Then a young woman disappears and is found dead days later. The wheels  of that same broken policing and judicial system that convicted you twenty years before begin to lurch into motion again. And before you know it, the unthinkable has occurred: you are now accused of murder.

Be glad it’s not you. But it is Steven Avery, likely the most unlucky man in all Wisconsin. And that story such as I’ve told it is merely the opening act in a new ten hour documentary which just began streaming on Netflix on December 18th.

Yes, ten hours (mercifully in ten installments of approximately 1 hour each). My usual diet of crime, forensic science and criminal trials consist in 22 minute episodes of Forensic Files that I record on my PVR. You see, I’ve got a short attention span and consequently that’s typically about all I can handle. So you might have thought Making a Murderer would be a stretch.

However, I was riveted by the immersion storytelling of this series. (One night we stayed up until 3 am watching episodes in an emotionally exhausting binge session.) Over ten hours you get to know Steven Avery, his nephew Brendan Dassey (who is a co-accused in the murder), and the Avery family. And you share their anger, pathos, and disappointment, not to mention the all-too-rare moments of hope and vindication.

Steven’s two main attorneys, Dean Strang and Jerry Buting, emerge as quiet heroes that demonstrate the inestimable value (and painful limitations) of a capable defense. By contrast, the prosecutor Ken Kratz is a truly deplorable character. And I cannot put into words my distaste for Len Kachinsky, the first defense attorney for Steven’s fifteen year old nephew Brendan. Kachinsky’s grossly unethical behavior seals the boy’s fate and renders him perhaps the most repulsive character of them all. As for the police of Manitowoc county, let me just say that “Wisconsin’s finest” is not a phrase you’ll hear in this series.

The series unfolds against the cold grey Wisconsin sky as the filmmakers shift deftly between courtrooms, run down mobile homes, and the seemingly endless rusting wrecks at the Averys’ salvage yard. Complemented by an unforgettably morose, plodding score that sounds like a funeral dirge for lives lost and Lady Justice foiled, the cinematic qualities elevate the mundane to the level of Shakespearean tragedy.

Making a Murderer left me deeply unsettled, somewhat deflated, and with a new respect for the power of the documentary to tell a story … and perhaps to effect change.