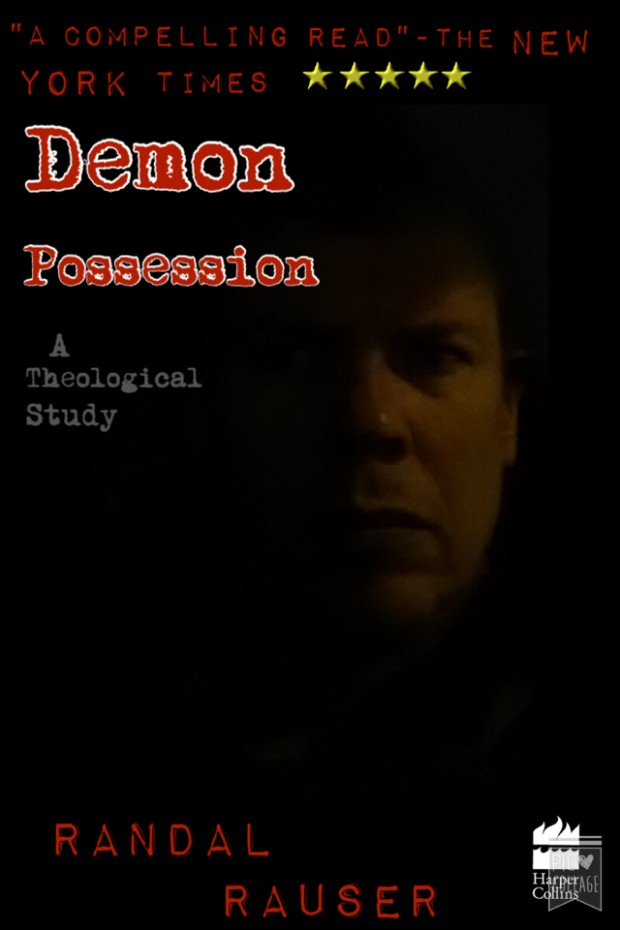 Yesterday evening while waiting in a darkened car for my daughter, I took a selfie. (Actually, I took four.)

Since at least one of them turned out rather well, I tasked my daughter with using it to produce a book cover. Given the dark theme, I suggested the title Demon Possession: A Theological Study.

I must say the result turned out rather well. I especially appreciate the endorsement from The New York Times.

Now that I have the cover all I need to do is write the book itself.

Frankly, I’d really be interested in shadowing a Catholic exorcist for a couple months. Now that would be a fascinating exercise. Unfortunately, Catholic exorcists are highly secretive and regularly decline media requests. So if Demon Possession: A Theological Study is ever to be written, I suspect it will not be under conditions quite so dramatic.