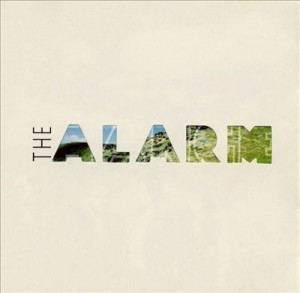 In my humble opinion, The Alarm never received the critical or commercial respect they were due. That’s too bad because they recorded some great albums like Declaration, Eye of the Hurricane, and my personal favorite, Change.

And why, you ask?

Simple. The song is a chilling and eloquent promissory note to all the tyrants and oppressors of history: some day you will be brought to justice. Some day the world will be set to rights. Or as Mike Peters sang:

Why would Jesus sing this? Because turning the tables on the princes and potentates, the emperors and oppressors, the bullies and bosses, was at the heart of his message. In the Beatitudes (Matthew 5: 3-12) he blessed the weak, marginalized, and oppressed. In Luke 14 Jesus warns against those who seek the best place for themselves: “For all those who exalt themselves will be humbled, and those who humble themselves will be exalted.” He then tells the Parable of the Great Banquet in which the invitation is redirected from the rich and powerful to those on the roads and country lanes (Luke 14:15-24).

In the Parable of Lazarus and the rich man, the poor and forgotten Lazarus is comforted, but the rich man is consigned to alienation and torment (Luke 16:19-31). If you didn’t quite get the message, Jesus hammers home the point: it’s easier for a camel to go through the eye of a needle than a rich man to enter the Kingdom of God (Matthew 19:24).

Because God never forgets. The weak will be raised up. And the mighty will fall.

If you’re interested, I’ve included the track below for listening. If you like it, please support the artists and purchase the song.