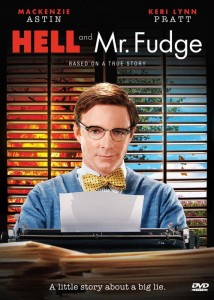 Twenty years ago I took a course in apologetics at Trinity Western University. The main assignment was a debate in front of the class at the end of the semester. My friend and I were given the task of defending annihilationism — the view that hell constitutes the final destruction of the unregenerate — over-against the traditional view of eternal conscious torment.

While I started off my research as a mere academic exercise, by the time I mounted the podium to present my case, I had become a convinced annihilationist.

The most important single book in my shift of position was written by a theologian named Edward Fudge. The Fire That Consumes, published in 1982, provided a powerful summary of biblical, historical, and philosophical sources, and helped shift my thinking as a young undergraduate in favor of annihilationism. (A couple years later I solidified my position when I wrote a graduate paper on hell for theologian Stanley Grenz titled “Who in Hell Lives Forever?”)

So I was surprised and intrigued a couple years ago when I first learned of the 2012 film Hell and Mr. Fudge which depicts the backstory of Edward Fudge and his adoption of annihilationism. The story begins with the untimely death of 13 year old Edward’s rebellious friend in the early 1950s, a tragedy that raises the haunting spectre of a troubled youth spending eternity suffering in the Lake of Fire. It continues on through his time at Bible college in the early 1960s as he learned to ask hard questions and pursue the truth whatever the cost. And it continues on as he began life as a struggling pastor, one who would lose his job by forcing the issue of racial integration. All the while, Fudge continued his dauntless pursuit to understand hell as an independent researcher.

Hell and Mr. Fudge has the modest production values of your typical “Christian movie”. For example, while Edward Fudge is played capably by Mackenzie Astin, there was clearly no money in the budget for makeup: to be blunt, a 39 year old Astin looks a bit absurd playing an 18 year old freshman at Bible college.

The movie is “Christian” in other ways as well. For example, the screenplay is rather bland and forgettable. But even so, I was never bored while watching Hell and Mr. Fudge. Indeed, given my own experiences chafing against the sometimes constraining and reactionary wings of conservative Protestantism, I could certainly sympathize with Edward Fudge as he wrestled with the doctrine of eternal conscious torment and those who would seek to quash his inquiry.

Along the way, the narrative does a decent job of informing the average viewer of Fudge’s reasoning from scripture and tradition, as well as his pivotal revelation where he realizes that the eternality of the soul is a foreign import to Judeo-Christian anthropology by way of Platonic philosophy. (To be sure, that hardly settles the issue: after all, just because something is Greek in origin hardly entails that it is thereby wrong.)

The film ends with Fudge addressing a crowd in the wake of the publication of The Fire that Consumes, a book that the film rather grandiosely describes as one of the most influential tomes on hell ever written. (As important as the book may be in the discussion over the last thirty years, that accolade still seems a bit of a stretch.)

Hell and Mr. Fudge helps itself to other indulgences to spur the tale including the impression that annihilationism was unknown from the time of the New Testament until Edward Fudge. That is nothing more than the screenwriter’s conceit, as is the grossly uncharitable dismissal of the majority tradition of eternal conscious torment as nothing more than “a lie”.

But the real takeaway lesson here is not simply about the nature of hell, however important a topic that may be. Rather, it is about the nature of truth and our freedom to pursue what we understand that truth to be over-against the reactionary forces of tradition, conservatism, and fear.

The challenge is captured memorably in one exchange between Edward and an elderly pastor whose counsel he seeks immediately prior to going on the radio to share his new-found convictions about the temporary nature of the punishments of hell. The pastor doesn’t discourage Edward from pursuing and proclaiming the truth as he sees it, but he does warn Edward that the forces of conservative tradition may see things differently:

“Folks are partial to the truth that they’ve already got. If you come marching up with some brand new 200 watt light, folks gonna say, ‘whoa, wait a minute. Too much light. I prefer that itty bitty light at the back of the refrigerator.'”

That’s sage advice. Many folks do indeed remain partial to the “truth” they’ve already got. “Hell is forever!” they say. “That’s just the way it is. Some things will never change.”

But, if I may be permitted an indulgence of my own, don’t you believe it.

If you benefited from this review, please consider upvoting it at Amazon.com.