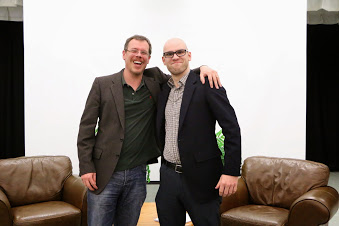 On March 7th and 8th of 2015, I had the privilege of taking the stage with atheist debater and broadcaster Justin Schieber for two events, a debate at the University of Alberta and a dialogue at Taylor Seminary.

The following morning, March 9th, I drove Justin to the airport in Calgary. The three hour drive provided the rich opportunity for us to carry the conversation forward. So as we headed south across the prairie I recorded a one hour conversation. Given the length of our exchange I have divided the conversation into two separate podcasts.

In this first installment, we begin with some general comments and reflections on the two events before I invite Justin to raise any issues that he would like to explore in more depth. In reply, Justin raises the issue of widespread religious disagreement as a defeater for claims that religious belief can be properly basic. I respond by arguing that epistemic disagreement is not itself sufficient to provide a defeater for belief. Moreover, if it did, then it would provide a defeater not only for the religionist, but for the atheist as well.

As I release this episode, the debate and dialogue have not yet been made available online. While the podcast conversation was recorded as a follow-up to those events, one need not have heard those exchanges to follow this one.