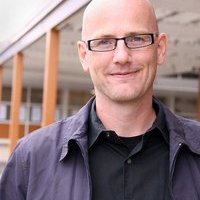 There are several topics in philosophy of religion, and on its borderlands, which are famous for fomenting in their critics that devastating triumvirate  of incredulity, derision and, alas, misunderstanding.

Divine command theories of ethics and intelligent design theory come readily to mind … as does Reformed epistemology, that approach to the warrant of religious belief which is often dismissed by critics as a sort of hail Mary pass to rescue irrational religious beliefs from the dearth of evidence for them.

What could be easier, say the critics, than claiming that religious beliefs are justified because of a quasi- magical cognitive faculty – a sensus divinitatis – which gives one beliefs about God with the same immediacy as one’s beliefs about rational axioms, basic moral precepts or sense perceptual experience? Can the skeptic overcome his initial incredulity in order to appreciate the logic of Reformed epistemology, even if he doesn’t necessarily agree with it?

As we take a look at Reformed epistemology, we will be led in our conversation by Myron A. Penner, an Associate Professor of Philosophy and the Graduate Philosophy Coordinator for MA in Interdisciplinary Humanities at Trinity Western University where he has taught since 2005. Myron received his PhD in philosophy from Purdue University in 2007 and he specializes in metaphysics, epistemology and philosophy of religion.

Myron is a first-rate philosopher, an outstanding communicator, and exactly the kind of person you want along to lay bare the logic of Reformed epistemology.