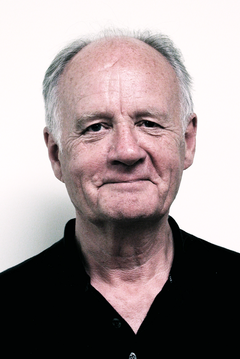 Augustine famously commented on the nature of time, “What, then, is time? If no one ask of me, I know; if I wish to explain to him who asks, I know not.”

Augustine isn’t alone: the nature of time remains among the most difficult and controverted topics in classic metaphysics. In that respect, it shares much with the concept of God. So it should be no surprise that those who aim to understand how God relates to time are venturing into some daunting terrain. And when you journey into unknown lands, you’d best have a sure guide.

In this episode of The Tentative Apologist Podcast we sit down for a discussion about these issues with one of the most widely respected philosophical theologians working today, Paul Helm.

Professor Helm has held several prestigious teaching appointments, including  the Chair of the History and Philosophy of Religion at my alma mater, King’s College, London (1993-2000), the J.I. Packer Chair of Theology at my other alma mater, Regent College (2001 to 2005), and Professor of Theology at Highland Theological College, Scotland (2007-10).

Throughout his long career, Helm has straddled the worlds of philosophy of religion and systematic and historical theology, and along the way has made important contributions to Reformed theology, the theology of John Calvin, apologetics, and several topics in philosophical theology including God’s relationship to time. Along the way, Helm has emerged as one of the foremost defenders of the classical view of God as atemporal, a position he vigorously defends in his important monograph Eternal God: A Study of God without Time. Helm has published many other books as well including his most recent, Faith, Form, and Fashion: Classical Reformed Theology and Its Postmodern Critics. You can visit Paul Helm online at his delightfully named blog, “Helm’s Deep“.

Also, check out this dialogue between Helm and William Lane Craig on Justin Brierley’s “Unbelievable”.