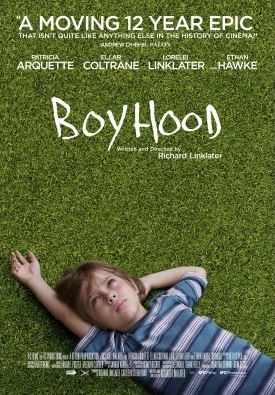 From Before Sunrise to School of Rock, I have been a long time fan of director Richard Linklater. So when I learned that he had directed a new film spanning twelve years and depicting the beauty and melancholy of childhood, I knew I had to see it.

Though it took me six months to find the time to see it (it was originally released this past July), I was not disappointed. The result was every bit as profound as Terrence Malik’s Tree of Life but far more watchable and has quickly entered my short list of favorite films. Currently a frontrunner for best picture at the Academy Awards, Boyhood is grand to watch as Linklater takes the ordinary rhythm of daily life and, with the Midas touch of a great director, transforms it into cinematic gold.

No, that isn’t my review. That’s only the preamble folks. You can listen to the review below.