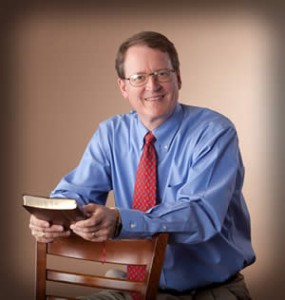 When I was in high school I gave my science teacher a copy of Paul Ackerman’s book It’s a Young World After All. The book aimed to show that evolution was false and the earth was a mere six to ten thousand years old. My science teacher politely received the gift and then, for all I know, promptly dropped it in the trash. (Back in the eighties the only things that got recycled were bad jokes.)

While my views have changed (dare I say evolved?) since then, young earth creationism is still going strong. And there is no defender of the view more respected and reviled than Answers in Genesis. In this episode of  The Tentative Apologist Podcast we have a discussion with Dr. Terry Mortenson from Answers in Genesis about creation, evolution, and the Bible.

Dr. Mortenson has a PhD in the history of geology from Coventry University and an MDiv from Trinity Evangelical Divinity School. He has been lecturing publicly on creation and evolution since the days when I was watching Sesame Street and in that time he has spoken in 22 countries.

Long time readers of The Tentative Apologist Blog will know I share little sympathy with young earth creationism. At the same time, I am deeply disturbed by the incivility and polarization that often characterizes the debate over creationism. Even though I disagree with Dr. Mortenson, I found him to be a generous and articulate defender of his position and I believe we all benefit by listening charitably to those with whom we disagree.

For more on Dr. Mortenson you can visit the Answers in Genesis website.