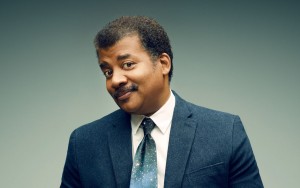 This isn’t the first time I’ve written something critical of Neil deGrasse Tyson, so let me start by saying, I am in the adoring crowds … whenever he talks about science. However, I find my admiration beginning to erode — like a sandcastle in the face of an oncoming wave — whenever he begins to opine on matters of philosophy and theology. My concern isn’t motivated by some childish territorialism as if scientists don’t have a right to opine about matters philosophical. It’s just that I tend to find Tyson rather out of his element when it comes to matters of philosophy. At the same time, he is such an effective speaker — one who exudes charisma and trustworthiness — so it is easy to miss the deeper problems with his statements.

This latest exchange is a great example. It features Tyson interacting with a young boy who describes his age as “six and three quarters” even as he asks Tyson one of the most profound and deeply philosophical questions of all: what is the meaning of life?

What caught my eye in particular is how many in the media and blogosphere evaluated Tyson’s response to the young boy’s question. The title of an article from CNET captures the common sentiment: “Neil deGrasse Tyson shares meaning of life with 6-year-old, nails it“. The article begins as follows: “It’s an impossible question to answer — unless you’re Neil deGrasse Tyson. Watch the famed astrophysicist take on a young boy’s loaded query, and knock it out of the park.”

Tyson did knock it out of the park, at least insofar as one is evaluating his above-mentioned charisma, folksy charm, and intuitive ability to read and engage with an audience. At one point he sits down on the stage cross-legged (as best he can muster, anyway) to engage more intimately with the boy as a peer. In short, Tyson is a great speaker and deserves whatever his speakers guild charges … and then some.

I also think that Tyson does well to affirm the sense of childlike wonder that drives a scientist like himself to know more about the world, and he admirably seeks to fan the flame of that wonder in the six and three quarter year old questioner.

But as an answer to the meaning of life?

Let’s begin with the clip:

What could possibly be wrong with this Garrison Keilloresque statement?

As I already said, I’m not taking issue with the style of delivery. Indeed, it is quite delightful. I also really appreciate the eloquent description of scientific wonderment at the world. This reminds me of a scene in Charles Darwin’s autobiography where he describes as a young man a day he went out to collect insects. He had two beetles — one in each hand — when he spotted a third that he dearly wanted. So desperate was he to grab it  — and so despairingly out of hands — that he popped one of the beetles into his mouth for safe-keeping to free up his hand. Alas, the beetle responded by squirting a spray of acid down poor Charlie’s throat, causing him to cough and lose the whole menagerie. Now that’s childlike wonder and Tyson’s got it in spades.

What he doesn’t have, sadly enough, is a good answer to the question of the meaning of life.

Tyson begins by painting a picture in which one assumes that meaning is some objective entity that one can discover in the world. As he puts it, “People ask that question on the assumption that meaning is something you can look for and then ‘Oh I found it.'”

But Tyson paints this picture only to reject it. On his view, meaning isn’t something we discover out there. Rather, it is something we create within. As he puts it, “Maybe meaning in life is something that you create, you manufacture for yourself and for others.”

Now let’s stop here. This is an extraordinary statement. Meaning is something we create? Tyson has drawn a clear contrast here between meaning as an objective aspect of reality that exists “out there” waiting to be discovered and meaning as something internal to the subject, something that we make up.

Think about that. A Tyson apologist might be prone to say, as does the writer of the CNET article, “Well, this is ‘an impossible question to answer’ so cut him some slack okay?” The problem is that Tyson didn’t say “I don’t know what meaning is.” Rather, he rendered an opinion on the metaphysical nature of meaning, and according to that opinion, meaning is determined relative to each individual. That is a robust opinion. And one desperately in need of defense.

Winning the audience over to his subjective preference.

Yes, he does add that you create it not only for yourself but also “for others”. I take this to mean that as one creates meaning for themselves they can also attempt to woo others over to their chosen view.

And that’s what Tyson then does. He goes on to share his own personal way of creating meaning and to attempt to get others (in the audience, and the young boy in particular) to agree with his view of meaning.

And what is that view? It’s exactly what you’d expect from a scientist with that Darwinian childlike wonder. Tyson finds meaning in discovery. As he says: “Have I learned something today that I didn’t know yesterday, bringing me a little closer to knowing all that can be known in the universe?” He then adds for good measure that a day where one “doesn’t learn more about the universe is a day wasted.”

But surely there are more sources of meaning out there.

Now I want don’t want to be unfair to Tyson here. Maybe he is speaking hyperbolically. But this is, at best, a deeply misleading statement. Isn’t there meaning to be found in staying home on a snowy afternoon by the crackling fire, drinking hot chocolate and sharing memories with family and friends? I can’t seriously imagine that Tyson would think that day was wasted. Indeed, I suspect he would admit that it too was meaningful. (If he wouldn’t, I truly pity him. But I am quite certain he would recognize the value in personal relationships, not least because of his eloquent memories of Carl Sagan that he shared in the new Cosmos series.)

Consequently, Tyson should have presented enquiry into the nature of the universe as but one source of meaning, while noting that there are many others as well … including the above-mentioned relationship building in front of the fire.

And meaning isn’t subjective. It is discovered.

The deeper problem, however, is that Tyson set up the whole response as a mere subjective preference. But this too cannot be what he really thinks. If it were, then going off to fight with ISIS or ripping off vulnerable elderly people with a Ponzi scheme would be just as “meaningful” as the tireless quest to know the universe punctuated by afternoons with family and friends. And surely Tyson can’t believe that. Instead, I must charitably assume that Tyson believes some conceptions of meaning are indeed better than others, and objectively so. You can make a good choice — becoming a beloved public intellectual, for example — or you can make a bad choice — such as beheading civilians with ISIS in northern Iraq.

And that’s why you still need philosophers.

This wouldn’t have been hard to explain to the six year old. All Tyson would have to say is that meaning is discovered (contrary to his errant opinion), and that he believes the scientific investigation of the universe buoyed on by that insatiable desire to know is one of the most important, but certainly not only, sources of meaning.

Let me wrap this up. I’ll leave it to Tyson to explain how the universe got going. But when it comes to philosophical questions such as the meaning of life, he’s best to hand the baton off to the professionals.