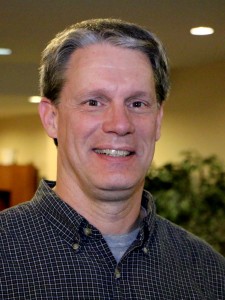 When I was growing up, the Bible was viewed as the Word of God, revelation from above. And you could know this by confirming the Bible’s perfect moral teaching, its fulfilled biblical prophecies, its reliable scientific descriptions, its inerrant history, and its inexplicable unity: 66 books, three languages, two testaments written over one thousand years, and all in perfect agreement.

Somewhere along the line something changed.

We discovered that that unity conceals a myriad of occasionally conflicting opinions, the history oft runs afoul of the archaeologist’s spade, the science has yet to be fit comfortably into a universe 13.7 billion years old and 100 billion galaxies around, more than a few of the messianic prophecies seem to have been made up on the spot, and as for the perfect moral teaching, as a friend of mine once observed, when you take a closer look even the beloved King David begins to look like a petty warlord.

Peter Enns is a great guide as we turn to think about the myriad challenges with popular understandings of the Bible. He is the Abram S. Clemens Professor of Biblical Studies at Eastern University, blogger at “Rethinking Biblical Christianity”, and author of many books including Inspiration and Incarnation and The Evolution of Adam.

We’ve already had Peter on the podcast twice and since he was so well behaved I’ve decided to invite him back for a third visit in recognition of his new book The Bible Tells Me So: Why defending scripture has made us unable to read it.

You can read my review of The Bible Tells Me So here.