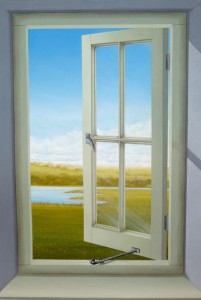 A couple weeks ago I wrote “When is a fundamentalist a fundamentalist?” to explain how I use the term “fundamentalist”. With that background in mind I wanted to turn now to offer a critique of the way fundamentalism is inimical to the open society of free enquiry and mutual truth-seeking. In particular, I want to say a few words about how fundamentalists defend their cherished grasp of orthodoxy at the expense of the wider health of the community.

How so? My illustration comes from Ronald Osborn. A few weeks ago I reviewed his book Death Before the Fall. Alas, the eclectic nature of the book made it impossible to address all of the intriguing tidbits contained therein in the review. In particular, I was unable to explore Osborn’s provocative, polemical, and often intriguing insights about Christian fundamentalism. And the following passage in particular provided a fascinating critique of the fundamentalist mindset:

“The fundamentalist can barely fathom, let alone practice, the irenic stance of a towering and generous theological mind such as Karl Barth toward what he himself regarded as a ‘heresy’ within the body of believers. In reply to a letter from a devout pastor demanding that liberal scholar Rudolf Bultmann be removed from his position as chair of New Testament at Marburg University for his denial of the physical resurrection of Christ, Barth wrote, ‘A contesting of heresy which misses the essential point … has always been more dangerous to the church than the heresy in question.’ The ‘existence of a “heretic” like Bultmann, who is so superior to most of his accusers in knowledge, seriousness, and depth,’ he continued, ‘might be indirectly salutary to the church as a ‘pike is in a pond of carp.’ By contrast, ‘the rise of a clerical group that hands out censures or doctrinal judgments with neither true vision nor reflection, no matter how orthodox it might aim to be, can only bring about destruction.'” (Death Before the Fall (IVP, 2014), 79).

Barth’s defense of Bultmann is fascinating. Yes, he believes Bultmann’s denial of the resurrection constitutes a heresy. But, he sees the risks of taking punitive action against Bultmann as far greater than allowing him to continue to teach, even with his heresy. By removing Bultmann and replacing him with an orthodox scholar who is very likely his intellectual inferior, one impoverishes the institution by sacrificing academic freedom and intellectual integrity on the altar of a stultifying doctrinal conformity.

During Vatican 2 the Catholic Church’s slogan was “aggiornamento“, an Italian term calling for the updating of the church. The revolutionary Pope, John XXIII, had called for the council by invoking the image of windows opening to let fresh air into the church. Of course, by opening the windows you might also let in a few bugs. But that’s a relatively trivial cost for invigorating breezes that carry dulcet birdsong and the scent of lavender and fresh cut grass.

Today many Christian institutions continue to struggle with the stultifying fundamentalist demand for a rigid doctrinal conformity. To be sure, some degree of orthodox agreement and shared vision is important for any academic institution, religious or secular. But Barth’s defense of Bultmann reminds us that there is also a cost commensurate to the degree to which one is willing to impose a particular doctrinal conformity. Sometimes the health of the academic institution is better served by allowing member scholars to have the freedom to be wrong.