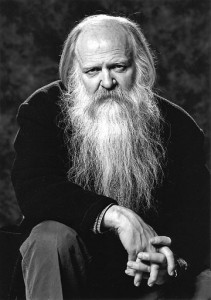 Some years ago conservative Protestant theologian H. Wayne House published a book titled Charts of World Religions. In one two page chart the book compares and contrasts the beliefs of Christianity, Judaism, Islam, secular humanism, Hinduism and Buddhism on their views of creation, God, mankind, and scripture.

All that, in two pages.

Twenty five years ago I used to study charts like this with great devotion, anxious to master the details of the world’s religions so that I could engage in intellectual debate with them more effectively.

These days I am much more pessimistic about such attempts to offer quick two page overviews of enormously complex, diverse systems of belief and practice that have knit together millions of people over centuries or even millennia. At best, charts like this might offer some helpful general insights. At worst, they distort the landscape with serious misunderstanding.

So how ought we to proceed toward understanding of the world’s religions? In this episode of The Tentative Apologist Podcast we put our copy of Charts of World Religions back on the shelf. In its place we’re going to have a conversation with Dr. David Goa, the Director for the Chester Ronning Centre for the Study of Religion and Public Life at the University of Alberta. David is a public scholar who worked for three decades at the Royal Alberta Museum. As the Director for the Chester Ronning Centre and an orthodox Christian theologian, he regularly engages in deep conversation with those of many faiths and those of no faith. And in this conversation he brings his own perspective to this very important topic.

For more from David Goa see our interview on “Religion in the Public Square”.