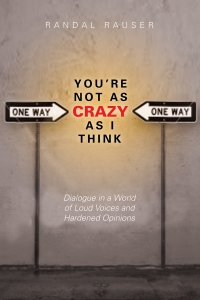 The historian Howard Zinn fought as a bombadier in World War 2. While he was initially elated to read of the bombing of Hiroshima because it signaled an end to the war, he later reflected: “I had no idea what the explosion of the atomic bomb had done to the men, women, and children of Hiroshima. It was abstract and distant, as were the deaths of the people from the bombs I had dropped in Europe from a height of six miles; I was unable to see anything below, there was no visible blood, and there were no audible screams.”[1]

In wartime it pays to keep the enemy at a distance, for it is much easier to hate and kill those we do not know. But when we come close and stare into the faces of those we are preparing to bomb, when we learn their names and discover their passions, when we realize (as Sting sang of the Russians) that they love their children too, then our confidence in the unqualified rightness of our cause and methods begins to diminish. The same dynamic is operative in disagreement and argument. Once we come to know our intellectual opponents we can no longer dismiss them as cognitively and/or morally deficient. Indeed, we may discover that they are sometimes more intelligent and moral than we are. And here we come to an ironic conclusion that listening to our enemies just may be the best way to destroy them. “Destroy?” you reply. “A rather ironic conclusion to an irenic chapter, isn’t it?” No, not the way I mean it, for as Abraham Lincoln observed, “Do I not destroy my enemies when I make them my friends?”[2]