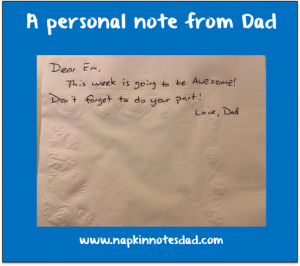 Pain, C.S. Lewis famously said, is God’s megaphone to wake up a sleeping world. The problem of evil is undeniable: why pain and suffering? And why so much of it? And why the seemingly random distribution of it?

However, just as one can trivially go through life seeing cups as half empty or half full, so we can go through life choosing to focus on the pain and suffering or on the good that comes out of it. We need not expect that doing the latter will lead us to conclude “Oh, clearly that good is sufficient to outweigh sufferings endured!” But at the very least, a grasp of the transcending goods provides at least some personal and intellectual amelioration for the evils endured.

In addition, we need to keep in mind that from a Christian perspective, this present mortal coil is not the sum total of existence. Rather, it is but the first chapter in a book that goes on for eternity. If great ills befall the protagonist on the first pages of a thousand page book, remember that there are many pages for those ills to be woven into the fabric of the story and the cultivation of the protagonist’s character, as well as those touched by her life.

I think at this point of the “Napkin Note Dad“.  Garth Callaghan has cancer, and his prognosis is not good: less than an eight percent chance that he will be alive when his 13 year old graduates high school. A person could choose to look at this awful situation only as an inexplicable, indefensible and unqualified evil. Or one can look at it as the occasion to reach for transcending goods, the formation of character, the deepening of the bonds of love.

Callaghan chose the latter. Over the years he has made it a practice of writing an inspirational phrase on the napkins in his daughter’s lunchbox. And now, facing his own mortality, he has taken to writing 800+ napkins to cover every day in his beloved daughter’s high school education, so that even after he is gone, he can still be there, connecting with her daily and leading her with the loving hand of a father into womanhood. Callaghan’s goal is transcendently beautiful and has inspired others to acts of kindness, selflessness and moral development as they too reach out to others in their midst.

I am not claiming that we can grasp an austere calculus of suffering at work here according to which the suffering and loss Callaghan and his family endure are exactly compensated for in the transcending goods attained through that loss. But might the latter not provide at least some degree of amelioration for the former?