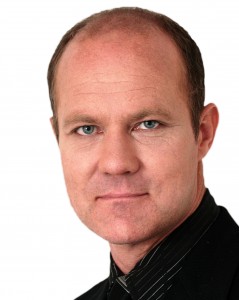 Some time later God tested Abraham. He said to him, “Abraham!”

Then God said, “Take your son, your only son, whom you love—Isaac—and go to the region of Moriah. Sacrifice him there as a burnt offering on a mountain I will show you.” Genesis 22:1-2.

People of faith have wrestled with the ethics of the divine command for centuries. Was Abraham really willing to kill his son? And if so, was it a commendable action? And what makes an action morally good, anyways?

These are difficult questions and they bring us into deep waters. But they aren’t merely academic. On July 23, 1995, Eric Starr Smith beheaded his fourteen year old son Eric Jr. on the side of the interstate in New Mexico. The reason he gave to the authorities? God told him to.

The theist and non-theist agree that God didn’t tell Mr. Smith to kill his son. But what basis has the theist to say this, particularly the theist who believes Genesis 22 immortalizes Abraham’s willingness to commit a comparable action?

In this episode of The Tentative Apologist Podcast we sit down for a discussion on God, ethics and the divine command with New Zealand’s leading Christian apologist, Matthew Flannagan. Our conversation was recorded in Baltimore in November 2013. Matt maintains the popular apologetics and philosophy website http://www.mandm.org.nz/ with his wife Madeleine. In recent years he has become well known for his defense of a nuanced reading of the Old Testament warfare passages as well for his spirited defense of a divine command theory of ethics. While I don’t always agree with him, Matt offers a carefully wrought, nuanced perspective that needs to be heard. So join us as we discuss God, ethics, and divine commands.

Check out this link to hear Matt’s recent appearance on “Unbelievable” with Justin Brierley.