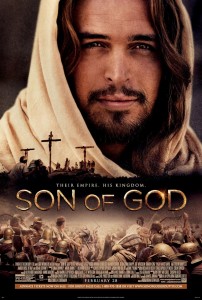 One month ago “Son of God” premiered in the theaters, the latest milquetoast retelling of the greatest story ever told. Since I couldn’t sit through the trailer without lapsing into a boredom-induced coma, I decided to give it a pass.

Growing up, I would have been extremely apprehensive about making such a seemingly impious admission for fear I might face public censure (at best) or a bolt of lightning (at worst). I now recognize that films like “Son of God” are not sacred. They are the commercial products of a marketplace, created to make money for investors and to satisfy a target audience. Recognizing the middling quality of the product is grounds neither for public censure nor, I am glad to say, for a jolt of divinely sourced electricity.

So yes, the very idea of yet another “Jesus movie” bored me to tears. Unless you’re going to try to break new cinematic ground (as Gibson did with “The Passion of the Christ”), I’m not interested.

But this doesn’t mean I’m not interested in finding Jesus in the movies. I certainly am. Though I tend to find the most moving cinematic images not set against the dusty roads of Palestine. 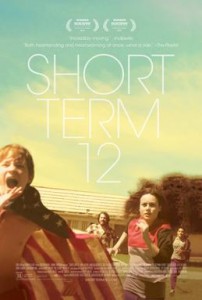 Take the 2013 film “Short Term 12”. Lauded by critics and winner of the Grand Jury Prize last year at the SXSW festival, the film focuses on the community of Short Term 12, a group home for troubled teens. These are young people who have suffered greatly at the hands of a cruel world through sexual abuse, physical abuse, and general neglect. But they are met by twenty-something social workers like Grace and Mason who draw upon their own brokenness as wounded healers to bring healing to the young people in their care. And as relationships develop and deepen, the healing becomes mutual: as her relationship with one particular troubled teen develops, Grace herself begins to work through the deep pain of her own past abuse and we see people in a broken community becoming wounded healers for each other.

And then there is Mason, not only Grace’s co-worker but also her boyfriend. What gives him his amiable personality and sunny disposition? The picture is filled out when we see the young couple in the midst of a party for an aging Spanish-American couple who, it turns out, were Mason’s foster parents. A couple dozen young people crowd the house, to honor their parents on their anniversary. As all sing the doxology in Spanish in preparation for a communal meal we realize the depth of their spiritual roots. And then Mason launches into a tender, loving tribute to the only real parents he’s ever known, a heartfelt scene that ends in tears (and not just for those on the screen).

So Jesus is still to be found at the movies. But if you want to find him, don’t look just for togas and sandals and Palestinian landscapes. Look for underpaid and overworked supervisors at a care home for troubled teens, who minister to others even as they are ministered to, and who have faith, bring hope, and above all, find love.